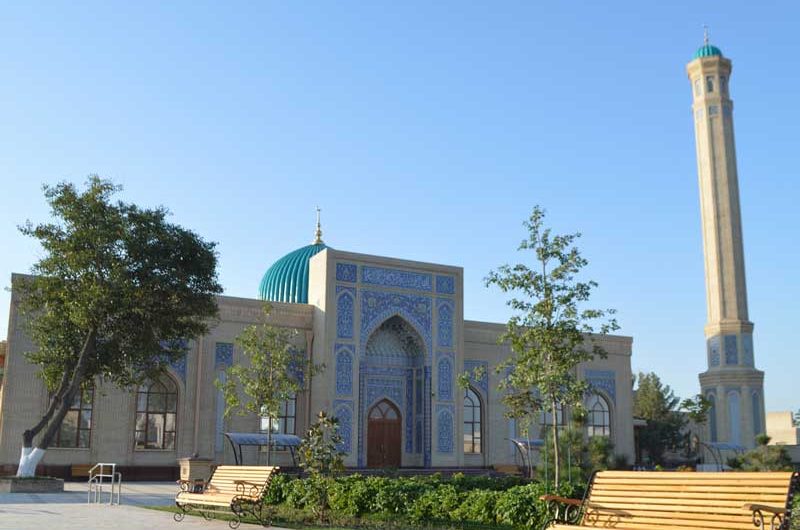 Zangi-Ata architectural complex is located in Zangi-Ata settlement near Tashkent.

The ensemble has been built on the location of the burial place of sheikh Ay-Khodja nicknamed Zangi-Ata (“black”) living from the end of 12th to first half of 13th century.

As the legend says, the beginning of the construction of this ensemble was initiated by Amir Temur who also constructed the mausoleums of the famous saint Zangi-ata and his wife Ambar-bibi. The ensemble consists of three territories: an extensive garden, a complex constructed in the 14-19th cc. – the mosque, madrasah, minaret and the mausoleum of Ambar-bibi.

The entrance to the ensemble is accessed through darvazakhana. It is presented as a portal-dome construction with turrets (guldasta) on the corners.

To the south of the path there is a big hauz. In the southwest part of a mosque of namazgokh is located. The portal to the mausoleum leads to the southern corner of the courtyard, the building of which is on the territory of the cemetery. Two entrances lead to the courtyard and they are formed as portal-dome premises darvazakhana.

In 1914-15 the original minaret-tower was erected in front of the mosque. The old cemetery adjoins the historical complex from the south. From the southern entrance there is a green path that leads to the mausoleum of Ambar-bibi. 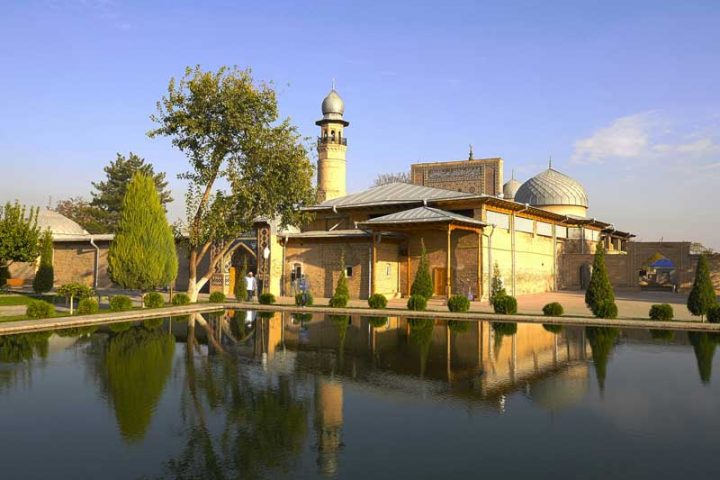 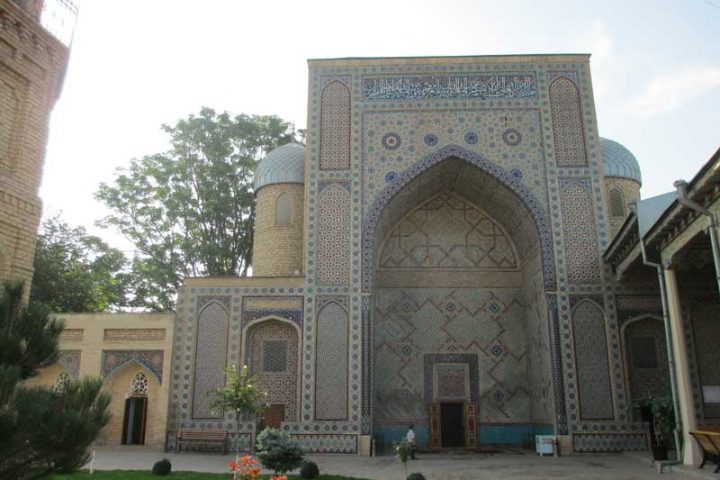 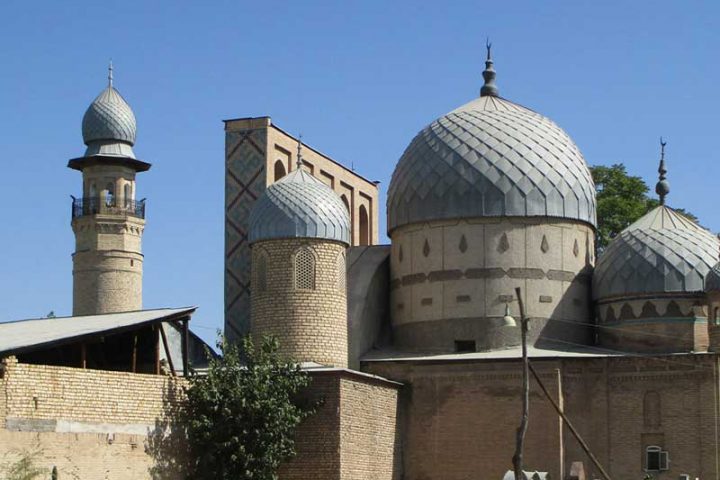 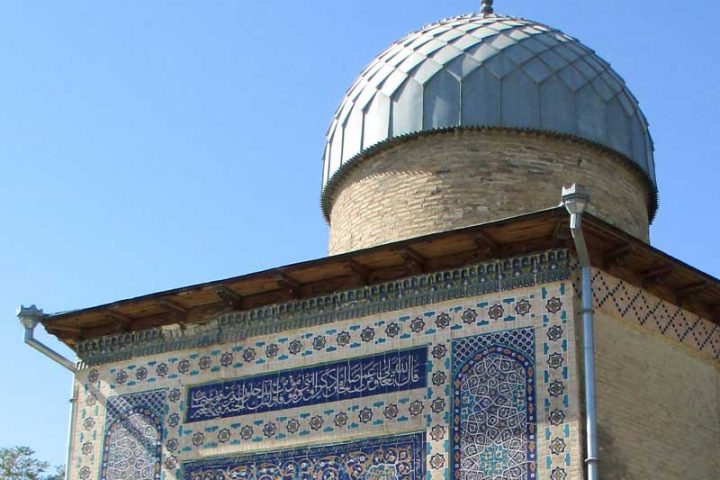