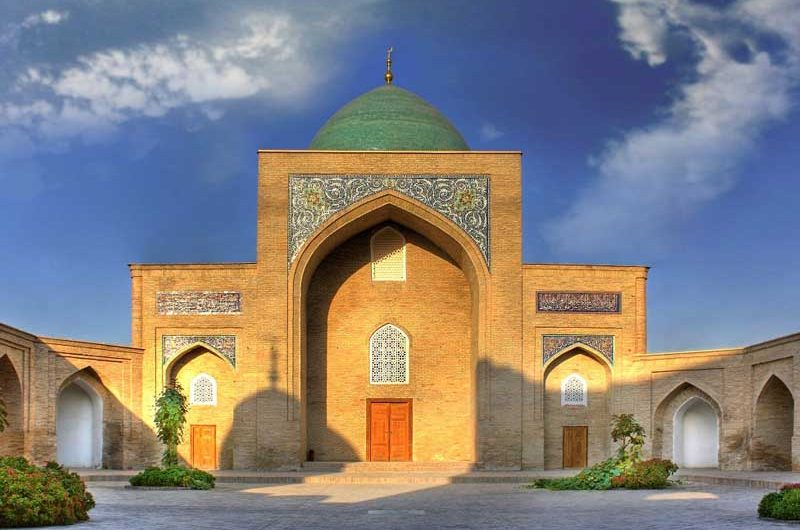 Hazrati Imam (Hast-Imam) Complex was built on the tomb of one of the first Imams of Tashkent, a famous scientist and expert on the Koran and the khadises, poet of Khazrati Imam (his full name is Abu Bakr Muhammad Kaffal Shashi).

In the 16th century, Barakkhan madrasah formed the base of this ensemble and united two more mausoleums of the 15-16th centuries – “Nameless” and “Suyunidjkhan” into one complex.

An architectural monument of the 16th century, the mausoleum erected above the tomb of the esteemed ecclesiastic, Mohammed Abu-Bakr Kaffal-Shashi is also included into the ensemble Khazrati Imam. The mausoleum has a rectangular form. In spite of the fact that this building was rebuilt several times, for the walls of the ancient part of the mausoleum baked tiled bricks and belts of majolica inscriptions were used for the decoration of the mausoleum.

In 2007 new building of Khazrati Imam Mosque was rebuilt with two minarets due to the architectural rules of 16th century: interior gallery is decorated with wonderful wooden carvings of the masters from different schools. Popular architectures of landscapes made good job while decorating the complex, exotic trees, bushes and flowers were brought here from different countries. In spring, summer and autumn time you can see storks walking here around. In the evening, due to the well considered light, this architectural complex looks like “1001 nights of Shakherezada”. 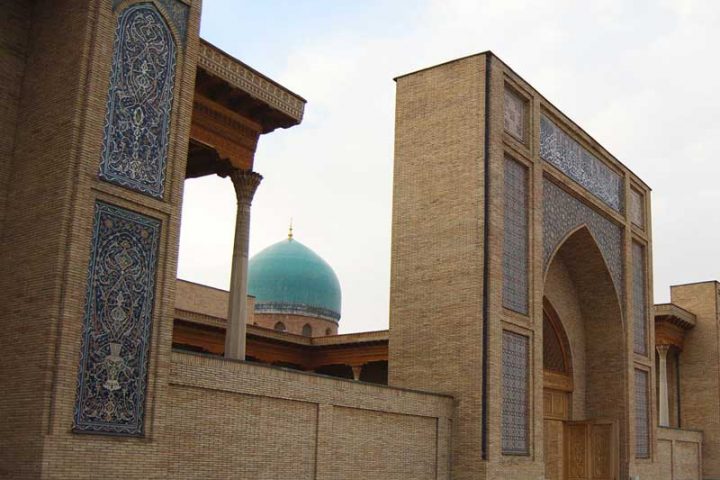 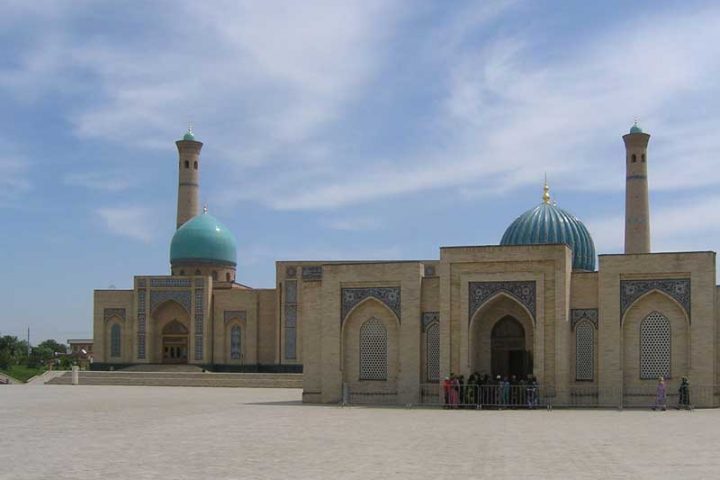 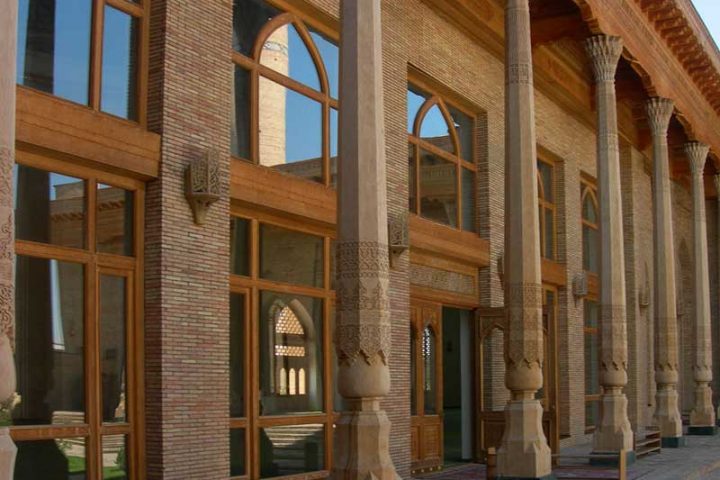 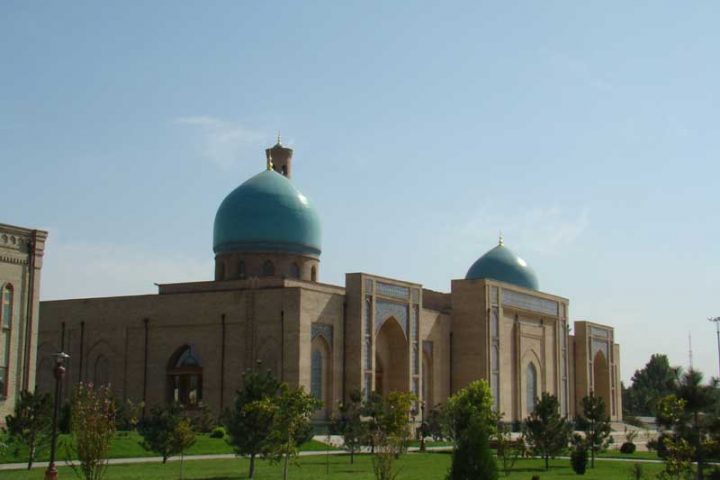