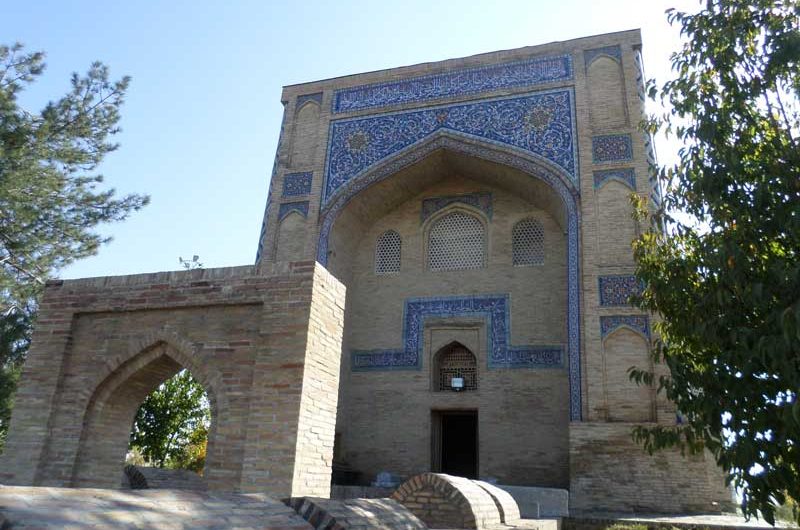 Kaffal-Shashiy Mausoleum represents a rare version of a multichamber mausoleum – a khanaka of the mid-16th century with an asymmetric layout; it has preserved a unique decor for Tashkent, with its majolica from the 16th century and with historical inscription containing the names of master architects and dates of construction – 1541-1542. This monument is of high historical and artistic value.

40 meters from the mausoleum of Kaffal-Shashiy is an earlier mosque – namazgokh which is also included in the ensemble of Khazrati Imam. It was built in 1856-57 by Kokand khan Mirza Akhmad Kushbegi. The shape of the building is rectangular, a longitudinal – axial construction of the 16th century topped by 12 domes. It’s known that it was built during Kokand khans ruling (1st half of 19th century). In 1970 on the territory of this construction Islam institute under the name of Imam Al-Bukhariy was opened. In 2007 this single-story building was rebuilt into two-story building of new Islam University. 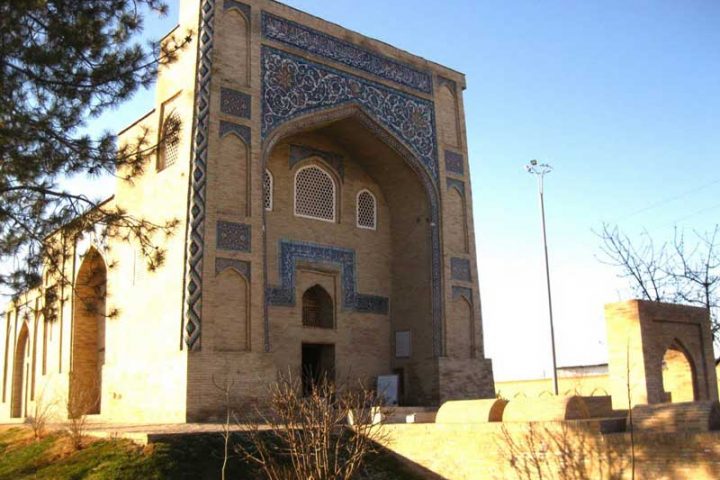 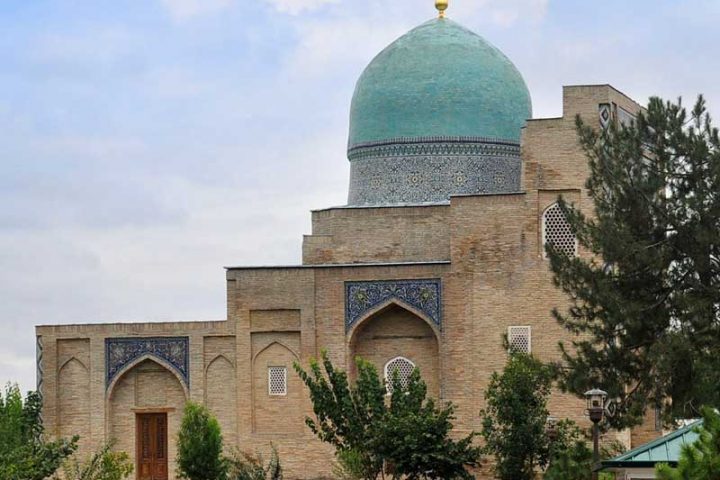 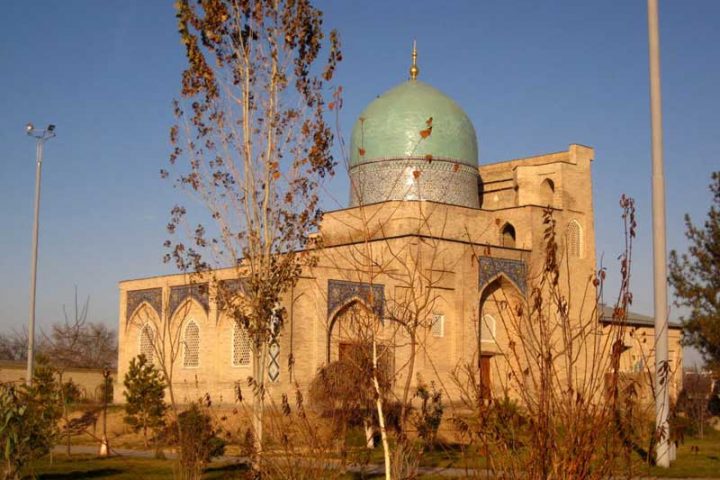 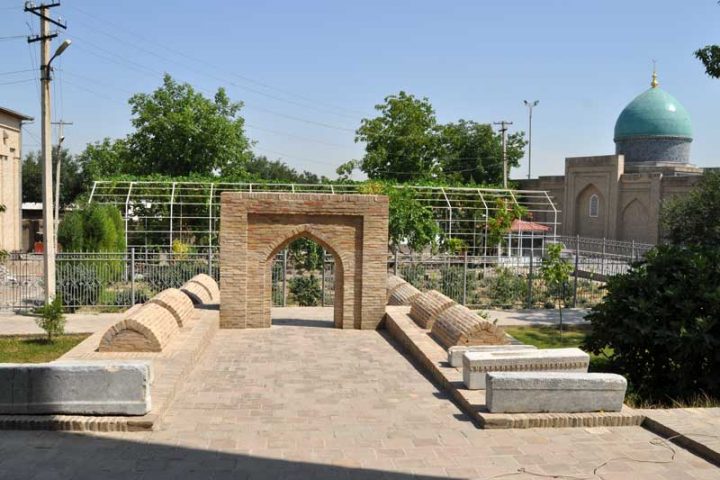