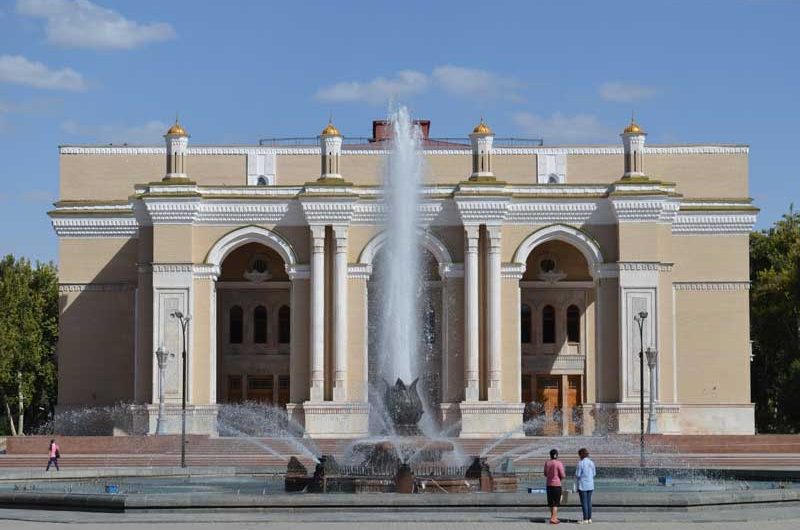 State Academic (Bolshoi) Theatre of Opera and Ballet named after Alisher Navoi is one of the main sights of the city. Its facade is presented by a portal with three arches and columns decorated with marble carving. The shape of the arch is not round, but a little pointed which is characterizes the architecture of our region. At the top of the portal there are stalactite cornices which are holding four turrets – guldastas made like minarets. It’s pleasant to admire delicate ganch chandeliers which are made in the shape of turned over tybeteykas – skullcap of local people.

There is a stretched part of the auditorium up to 1 500 seats in the center of the theatre. On the side facades motive of sun protecting gallery-arcades is repeated. Interiors’ architecture is interesting: vestibule, the main foyer, lobby is light, wide and has good proportions. Here ornamental décor on ganch, marble, wood, artistic paintings are widely used. And in the central foyer of the second floor there are frescos – 4 monumental artistic panels to the plots of Alisher Navoi works made by national master of Uzbekistan Chingiz Akhmarov.

Art traditions of Uzbek architecture are shown at the decoration of six hall-lobbies where the styles of decorative-applies schools of different regions of Uzbekistan were used.

In Bukharian hall wonderful architectural details are made of plaster; and decorative ornaments on smooth surface looks very nice.

In the interior of Khiva hall there are used ornamental decorative motives in “islimi” style made of marble, wood and ganch that is characterizing this region.

In Termez hall the ancient graphic ornament of Termez oasis was reconstituted.

In the interior of Fergana hall the main attention is given to the motives of vegetable ornaments which are traditional for the architecture of this region.

The details of Samarkand hall interior consists of separate domes, flowers and leafs of original shape in “mukkarnas” style made of local gazganian marble.

The building was designed in 1934 by academician of architecture A.V. Shusev and was built together with Uzbek national masters. In 1942 constructional works were stopped due to the beginning of World War II. In 1944 in the further constructional works Japanese prisoners took part and this fact is testified on the memorial desk that is placed on side façade of the theatre. The construction of the building was finished in 1947. 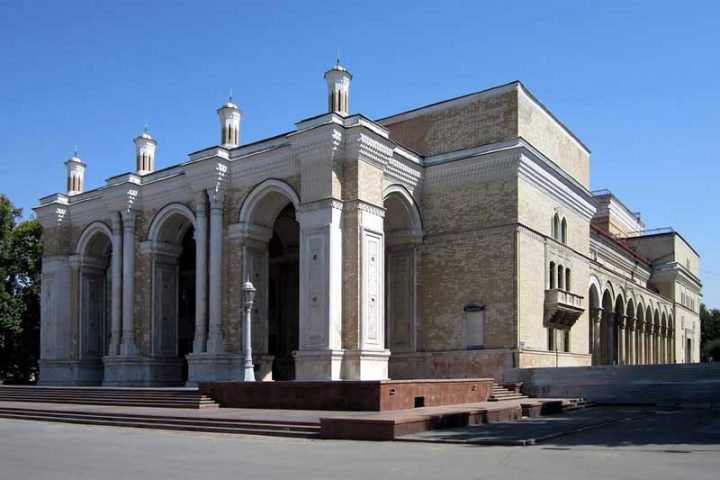 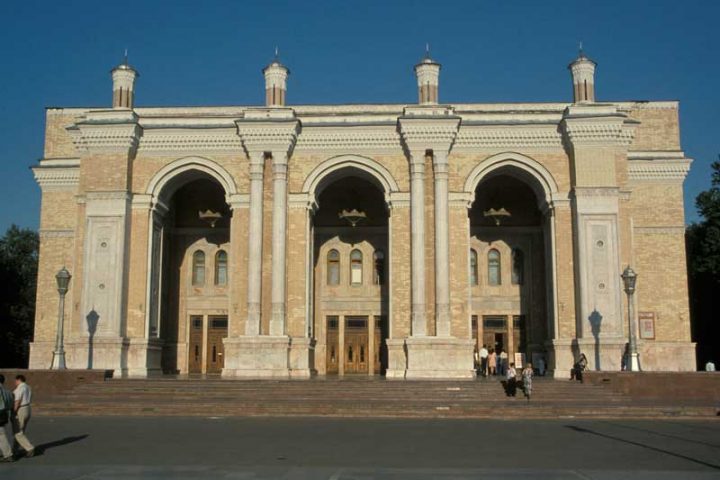 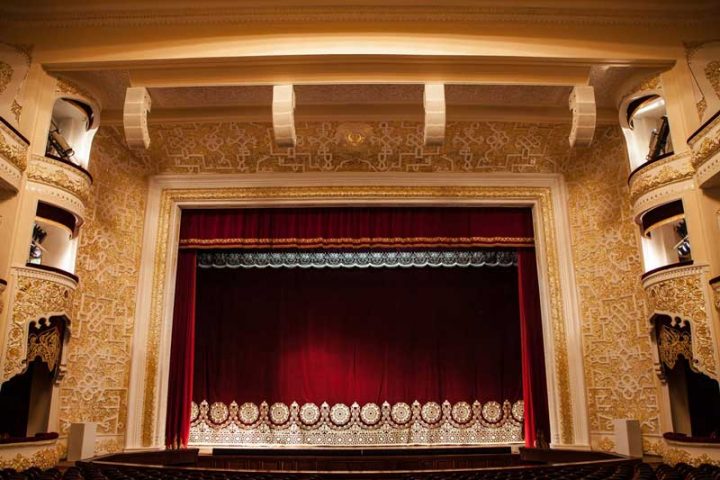 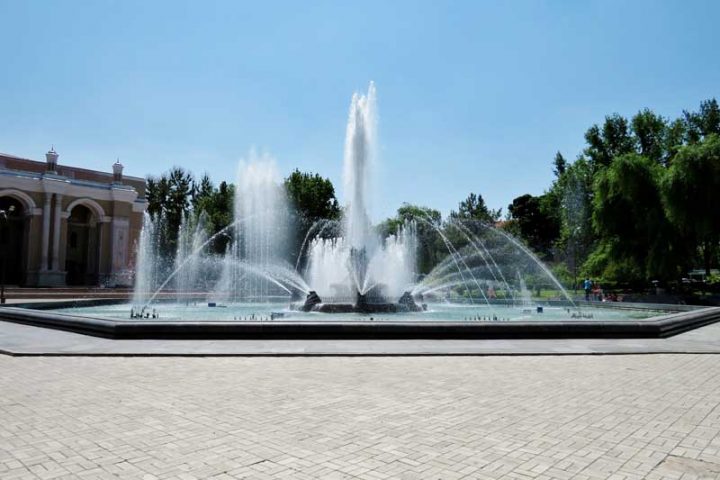