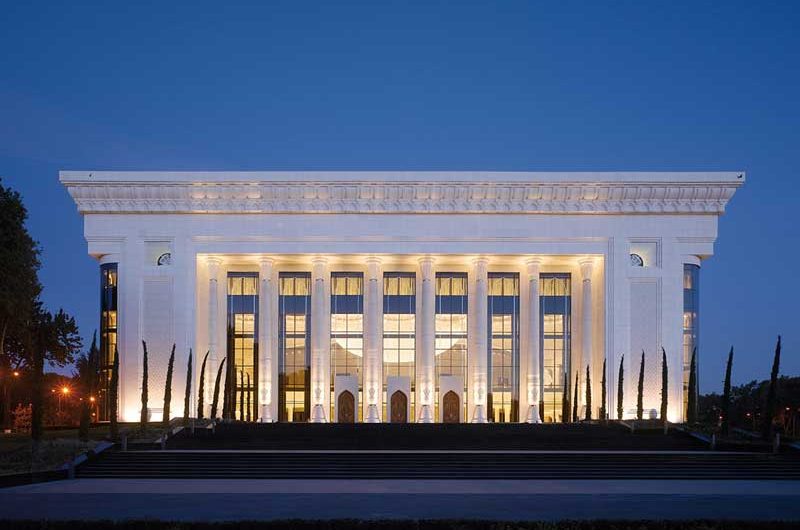 Forum’s Palace is comparably new construction and is already accepted as one of the greatest buildings of Tashkent city. On 1st September, 2009 the palace was opened for its 1st event – ceremonial meeting and concert dedicated to 2200-years anniversary of Tashkent.

Forum’s Palace has become the main place of conducting big events as well as in the framework of international organizations where Uzbekistan has membership.

New capital sight was built for a period less than a year. The height of this white building is 48 meters, total area – 9 500 sq. meters. A dome with diameter of 53 meters covers the palace. There is a monument of storks on the top that symbolizes peace and happiness.

The palace has a hall with capacity up to 1 800 seats, banquet and conference halls up to 300 seats each. Façade of the palace is decorated with columns and eastern ornaments depicting the Sun as well, this painting is repeating heavenly body of Sher-Dor Madrasah in Samarkand.

There is a long staircase of black marble leading to the palace and a green zone with flowers, trees and pedestrian ways surrounding the building. 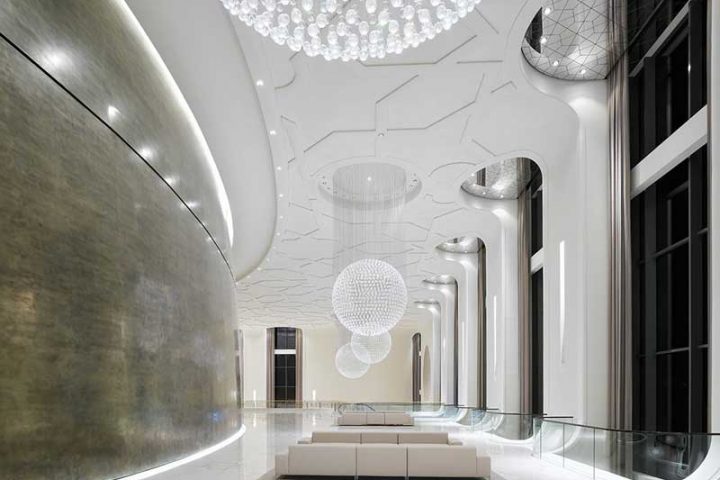 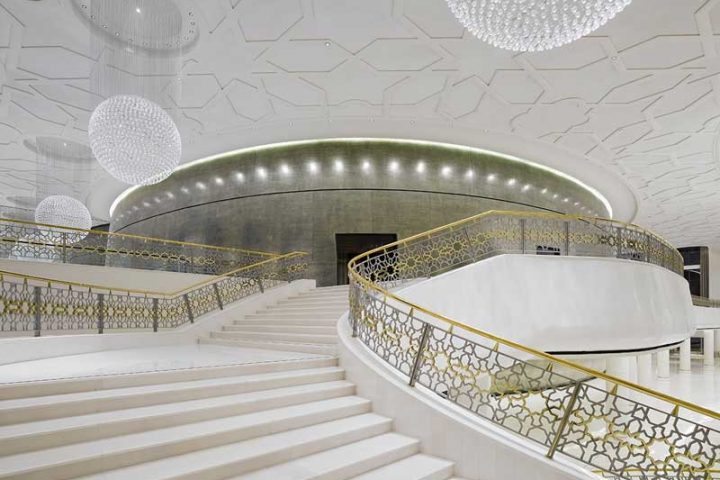 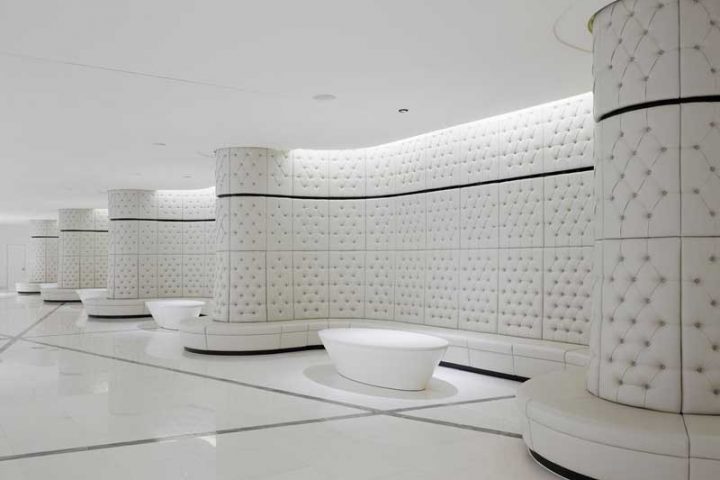 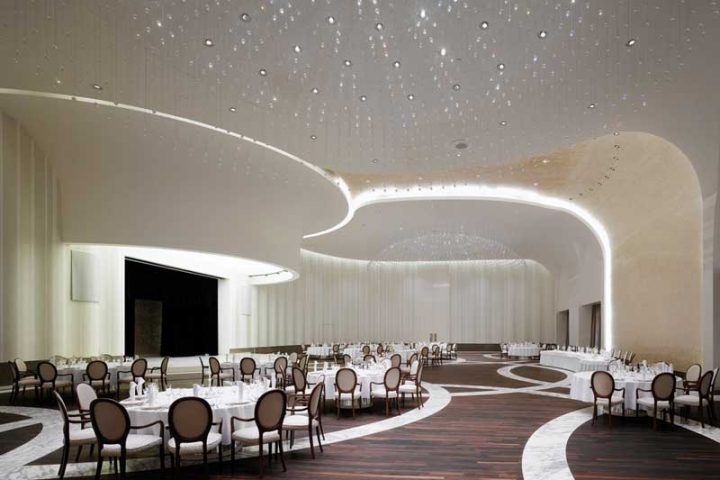