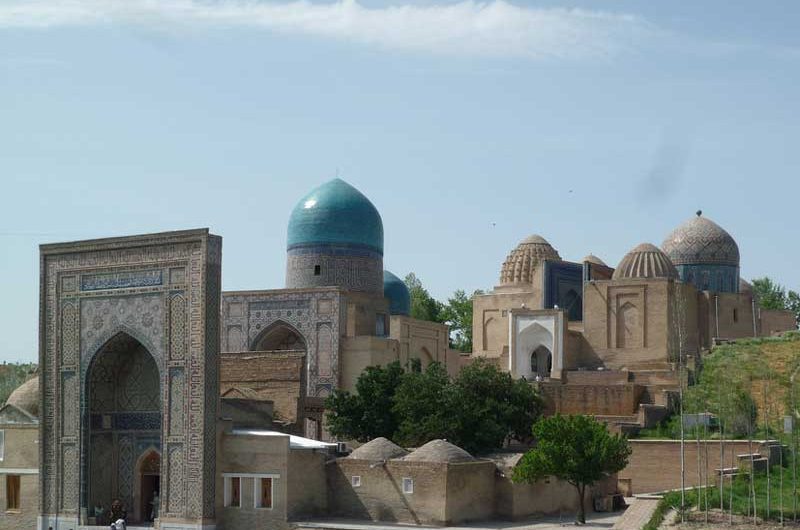 Shahi-Zinda necropolis (“living king”) appeared out of funeral complex where it was buried a cousin of Prophet Kusam bin Abbas who died in the battle with infidels.
This is the oldest architectural monument of Samarkand related to the middle of 11th century. It was a huge religious center not only for middle aged Samarkand, but also for the whole Central Asia and the pilgrimage visit here nearly replaced hadj to Mecca. In 14-15th centuries that “holy place” was turned into out-of-county gamily necropolis of Temurid’s dynasty.

In 16-19th centuries, when the governing dynasty was replaced by another one and the capital city was changed to Bukhara, no more ceremonial toms were built here.
Nowadays, Shakhi-Zinda is one of the best architectural ensembles in Central Asia, a monument of great historical, cultural and artistic value. This memorial complex, necropolis is called by art historians as “picturesque”, “set music”, “full of harmony and light”, “real hymn to humanity work”.

The oldest part of the ensemble is a Complex of Kusama bin Abbas, which was rebuilt many times and was newly reconstructed at Amir Temur’s time and up to 19th century it was supplemented by new elements. The door leading to the complex is done by Master Yusuf Shirazy in 1404-1405. This is a wonderful masterpiece on karagach (type of tree) carving with unsaved instruction made by ivory. There is a minaret of 9th century behind the door. The face of the foundation of that minaret is decorated with the set of formed polished bricks.

The complex consists of several spaces: ziaratkhana (for implementing the ceremony of worship), gurkhana (burial vault), chillyakhana (place for taking 40-days fasting), tugkhana (for preserving religious). There is a gravestone behind the wooden grille of gurkhana.
The dome of ziaratkhana was newly rebuilt in 1334-1335. Within the same century the walls were painted, the lower part of which was cladded with hexahedron ceramic tiles. In the first half of 14th century, when the ensemble mainly consisted of the remained constructions of 9-12th centuries, chartak and two more mausoleums were built that considered further way of the development of whole ensemble’s composition.

In the middle group of the mausoleums special attention attracts a big non-finished construction. Due to the legends, it was built for one of the associates of Amir Temur and now is named as Mausoleum of Amir Burunduk. The interior of the mausoleum is very simple from decoration point of view: walls with smooth white plastering, panel made of big majolica tiles, from the north there are remains of the décor from carved terracotta.
Nearby there are remains of the portal of the Mausoleum “Nameless”. The time didn’t spare one of the most beautiful monuments of the architecture with unusual deepness of light and dark blue tones. Panels on side niches with star paintings with saved signs of previous gilding are especially interesting.

Next in the middle group is a burial vault – the Mausoleum of Usto Ali Nesefi (usto – master, Nesef – city in the southern Sogd not far from Karshi city). The name of the master is plaited into the ornament of the right column of the portal. It’s proposed that on the left column of the portal there is the name of another master whose name was Ali.
As a result of archeological investigations, saved fragments of 12 more mausoleums of that time were found on the territory of the ensemble. There was found a gravestone inside of one of them which was analogical due to its shape to the gravestone of Kusam bin Abbas.

Shakhi-Zinda gives a presentation of the development of architecture and monumental constructions; monumental-decorative art during the several centuries which is testifies the historical, cultural and artistic value of the mausoleum. Stylistic peculiarities of local architectural schools on the basis of artistic works of local and foreign masters that were composed before and during Temur’s time are shown in this necropolis. 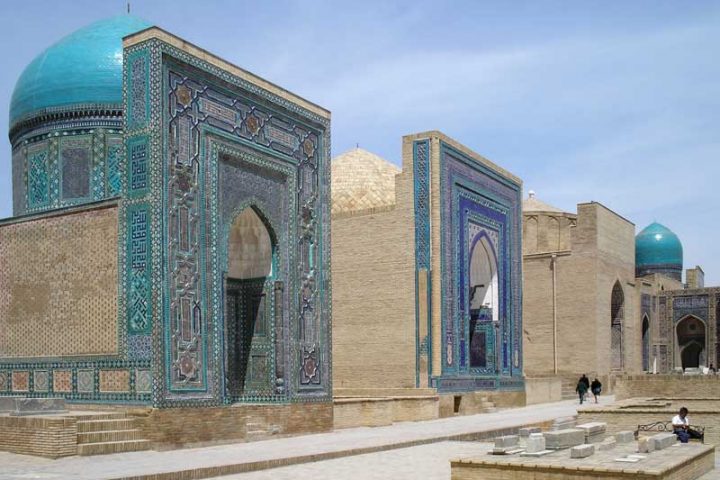 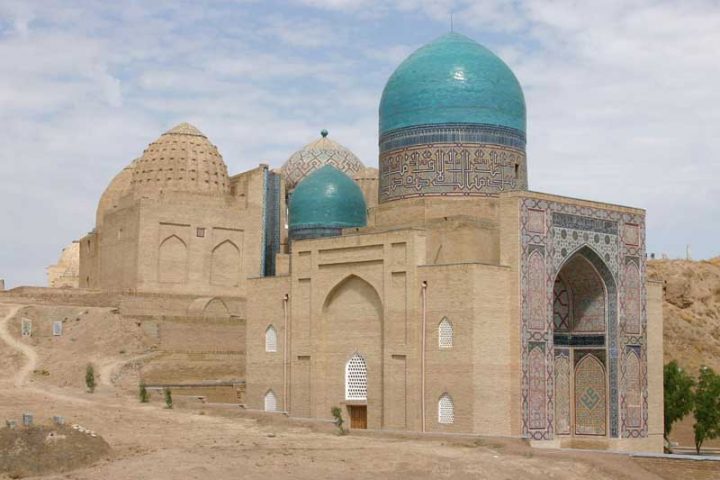 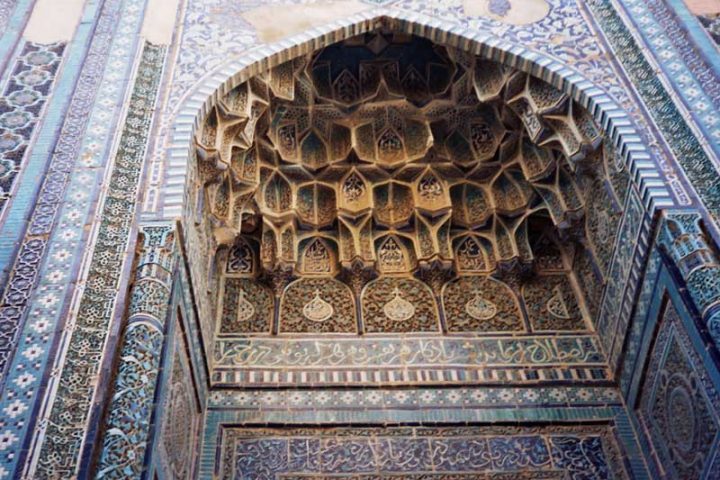 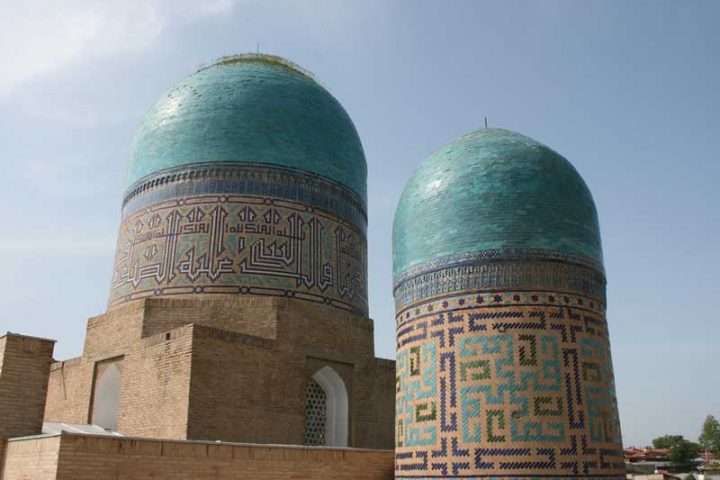