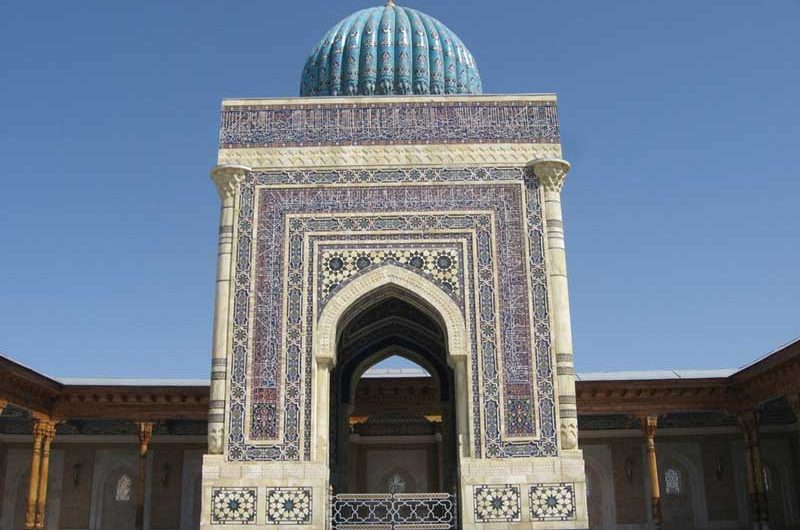 Memorial complex Imam Al-Bukhariy is located 12 km far from Samarkand. Here, the mosque was built above the tomb of Mohammad bin Ismail Bukhariy.

Imam Al-Bukhariy was born in 8th century in Bukhara, but he died and was buried near Samarkand in 870. From childhood he was interested to hadises.  He began collecting and writing sayings many of which had been included into “Shariat”. During his life Imam collected and regulated 7275 hadises.

In 16th century a small mausoleum was constructed above his tomb and plane trees were planted. In 1998 on occasion of 1225 years anniversary of Imam on the location of old mausoleum new memorial complex was built.

The modern memorial complex consists of a mausoleum, mosque, office building and other structures around the courtyard. In the center of the mausoleum is a tombstone coated with light

on the right side of the mausoleum leads to dakhma – place of worship. In the right there is a grave of Al-Bukhariy covered with marble. On the left side of the yard is a mosque for 1500 believers to pray simultaneously.

The walls are decorated with light

Behind of the mausoleum there is an education center (dorus-Hadis) where sciences concerning hadises are learned. Memorial complex is a place of Muslim worships and preserving of holy tomb. 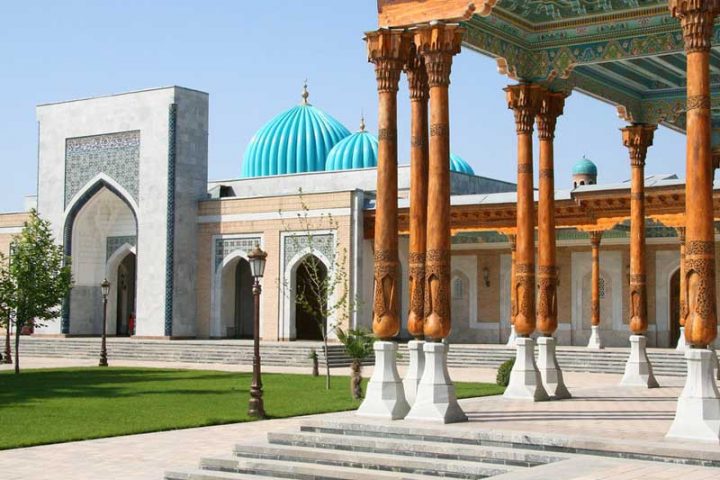 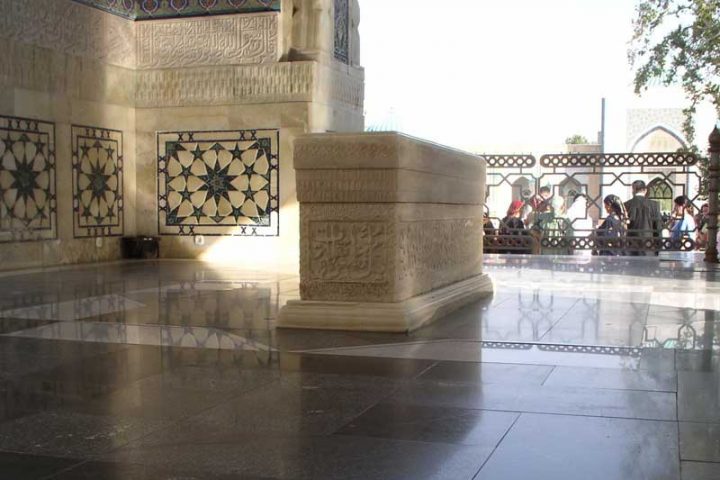 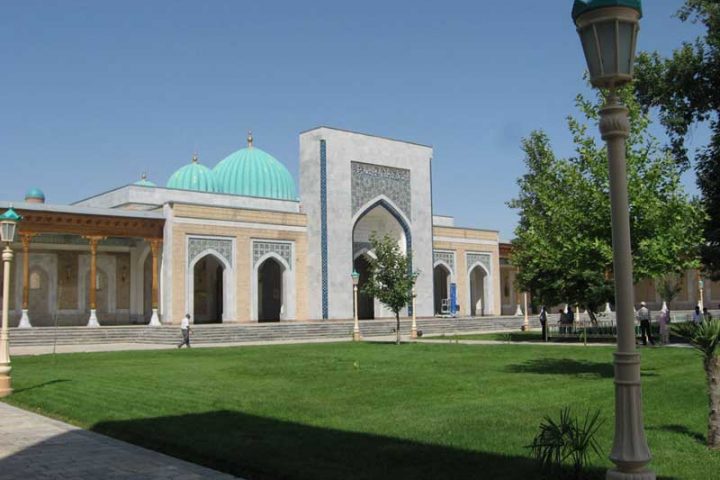 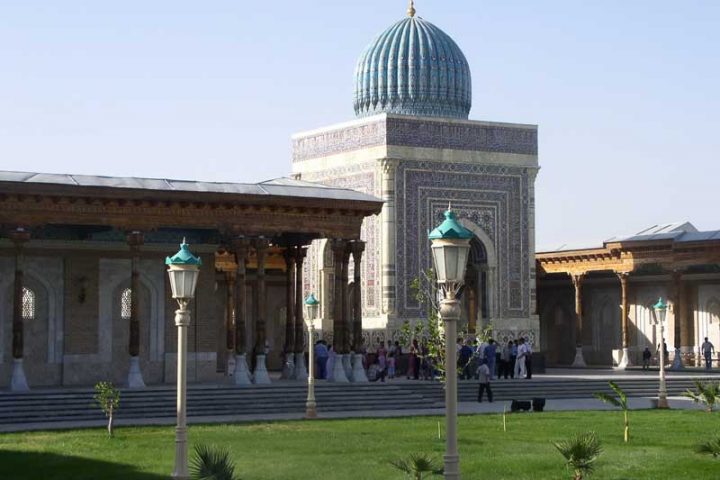