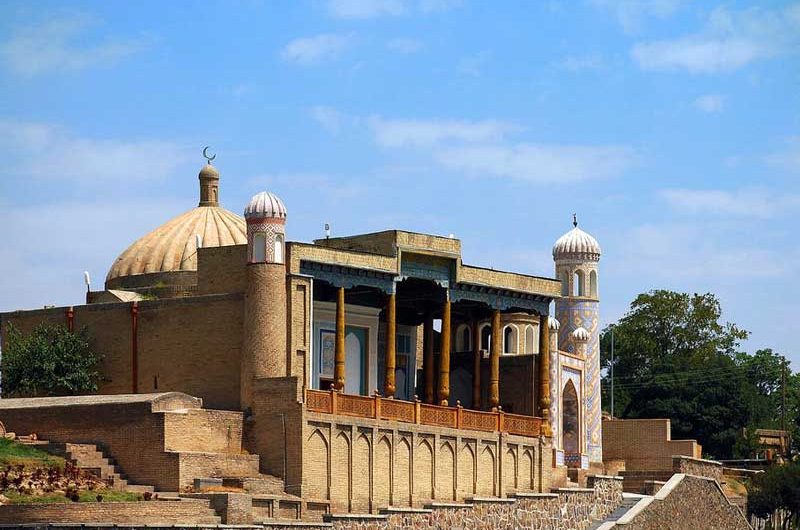 Khazrati Khizr Mosque is situated on the southern side of Afrosiab hill, on the crossroad near the central bazaar. Khazrati Khizr was a legendary Islamic saint and eternal wanderer, cult of which goes deep to before Islamic times. It was considered, that a meeting with Khazrati Khizr can be unexpected and always brings happiness to people.

Due to the legend, it was Khazrati Khizr who helped the patron of Samarkand Kusam bin Abbas to escape the death and become immortal. Once there was a heathen temple here in which idols were worshipped in the first years of Islam. At that time, the temple was converted into a mosque.

The mosque was rebuilt several times and nowadays includes a portal entrance, darvazakhana, vestibule that is covered with ribbed dome on a polyhedral drum, khanaka and columned ayvan. Carved ganch and colored paintings are used in the ceiling decoration. Today’s mosque was reconstructed in 1854 on the foundation of previous medieval mosque. 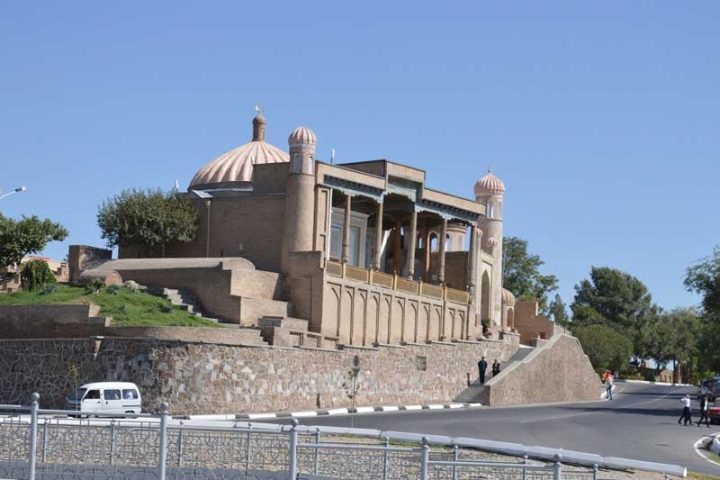 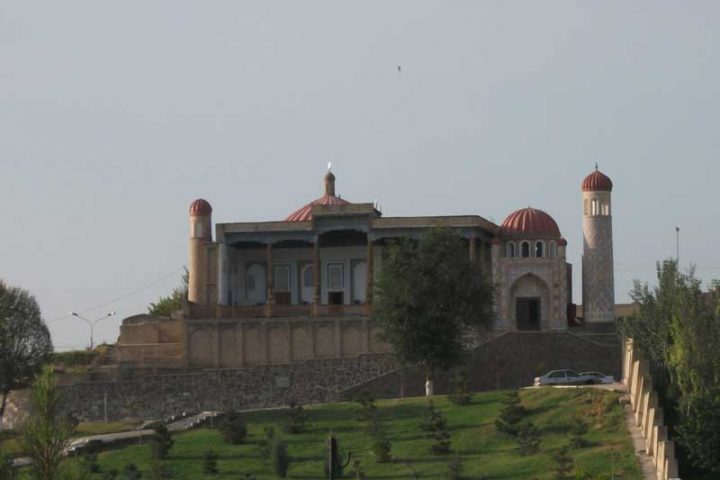 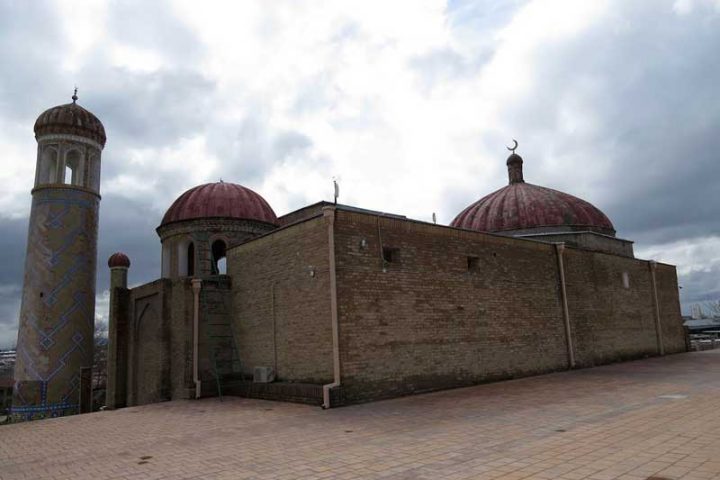 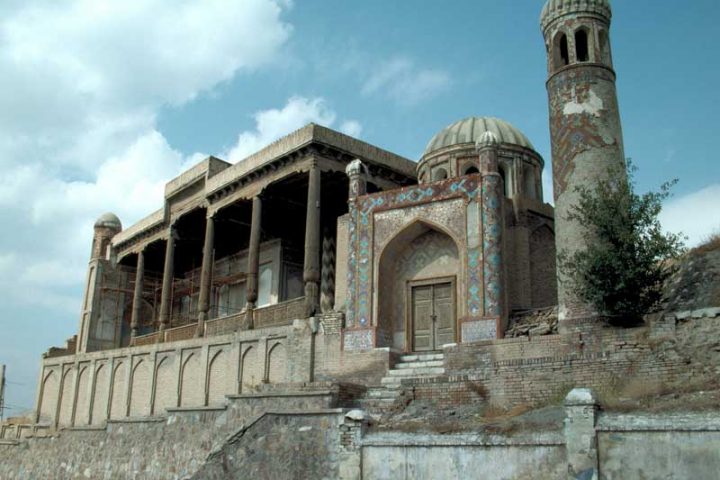