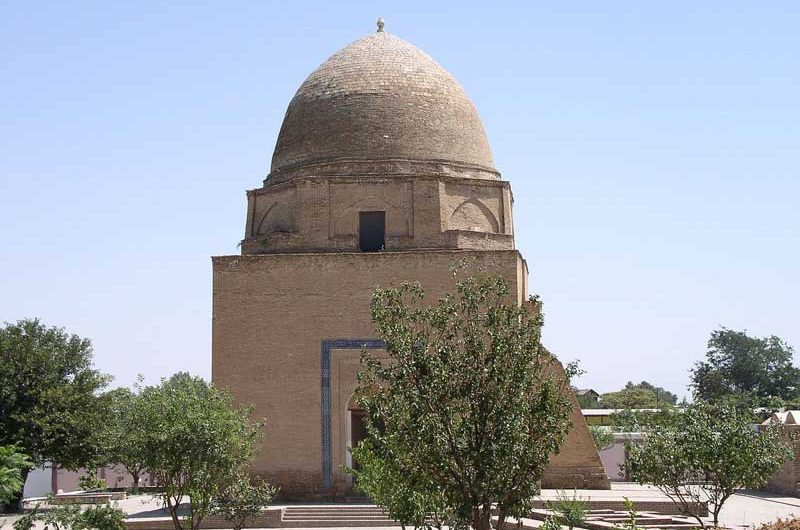 Rukhabad Mausoleum is one of the earliest preserved constructions in Samarkand of Amir Temur’s epoch. It was built in 80th of 14th century at the same line with burial vault of Amir Temur. Both buildings had been united by the wonderful shady avenue and a track covered with marble tiles.

Mausoleum was constructed above the burial place of a famous mystic of Samarkand Sheikh Burkhaneddin Sagardji. The name of the mausoleum Rukhabad – “Cloister of the soul” remembers to the descendants of this sheikh’s holiness. Burkhaneddin Sagardji was a member of dervish order and spent his life in pilgrimage wondering. He died in China. Before the death he instructed his son to bury him in Samarkand. Amir Temur ordered to immortalize the memory of holy sheikh by constructing the mausoleum.

This great construction in the shape of cube is covered by half-sphere dome which lays on the massive octahedron. Mausoleum has three entrances: from the north, west and south. The interior is very simple: walls are covered with alabaster plastering. And only above the 2-meters panel there is a ribbon of glazed decorative tiles. There is a carved door made in 19th century that leads to gurhana – place of burial. Once, there was a hauz and in the water of which the mausoleum was reflected and there was a columned mosque standing nearby. 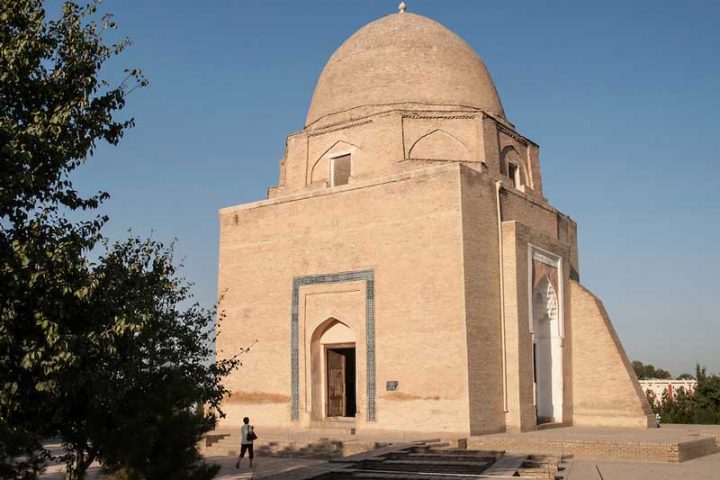 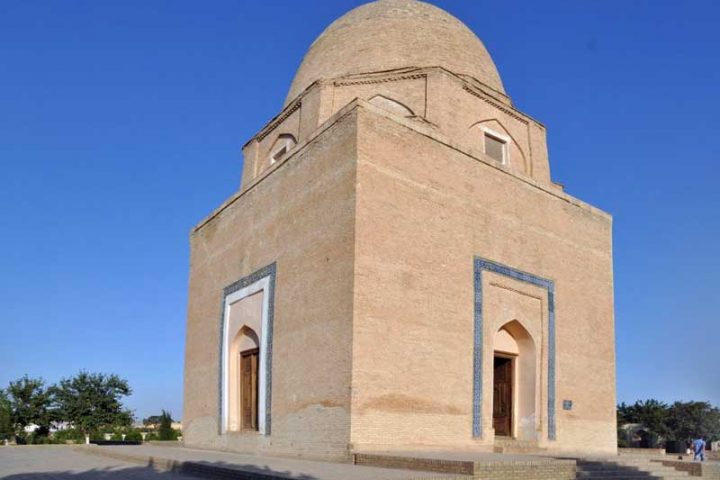 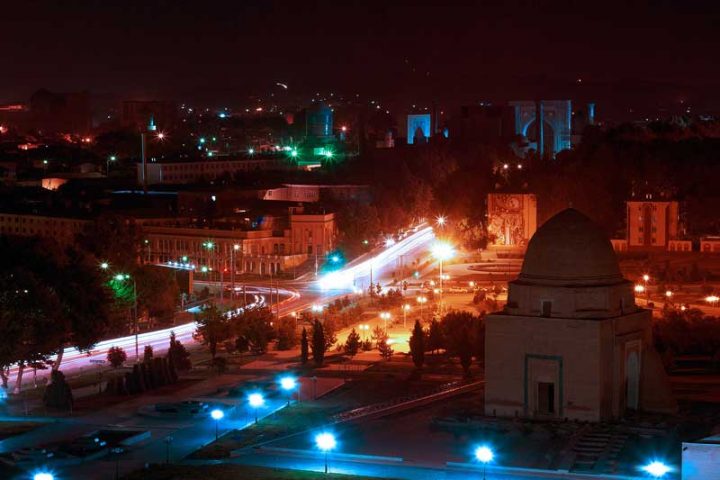 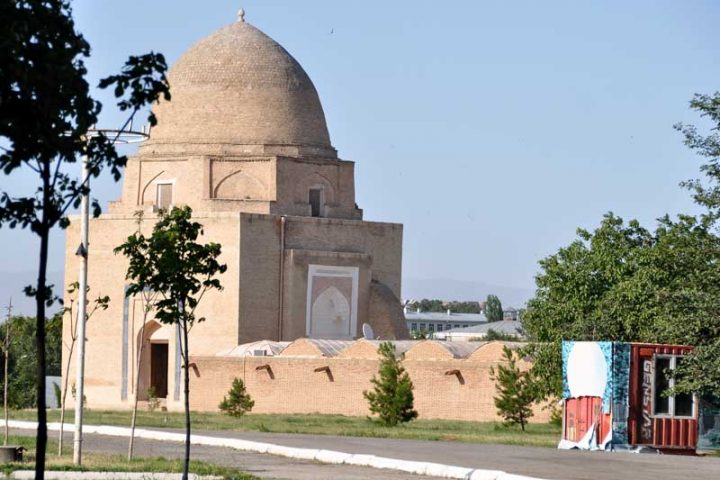