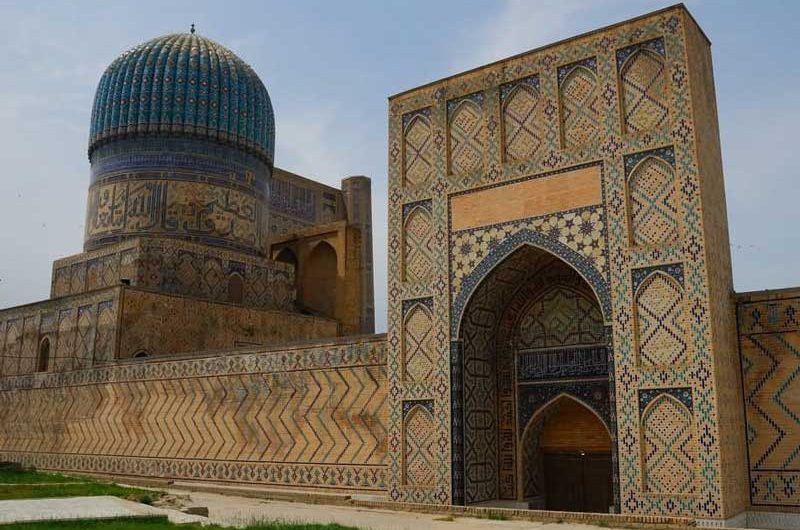 Bibi-Khanim Cathedral Mosque was a construction of public importance embodying feudal power of the state and religion.
Bibi-Khanim Mosque (“older wife”) also was called a Friday mosque of Samarkand and thousands Muslim men came here to pray. Originally the mosque was built in 1399-1404 by Amir Temur’s order after his return from Indian campaign. The mosque was constructed for a short period – only five years. Professional architects, craftsmen and stonemasons from such counties as Azerbaijan, Fars, Khorasan, and Hindustan were involved in the construction of this grandiose complex. 99 elephants from India were used for transporting heavy loads.

Till our days only 5 structures are remained: portal; big mosques inside; small mosques on the sides; and minaret. Hard work of historians, archeologists, art historians gives us an opportunity to imagine the original appearance of the mosque.

In the center of the yard there is a marble lectern for the tremendous holy Koran made at Ulugbek’s ruling. It’s noteworthy that the dome of the mosque, which can be seen from many kilometers far on driving up to Samarkand, is not seen from the main entrance because the height of the dome matches with the height of the portal.

Building of the big mosque is made using the technique of majolica in combination with small bricks and carved set of mosaic, and decorated with slim vegetable, geometrical and epigraphic ornaments. All the best that was achieved by the beginning of 15th century is concentrated in the design of decoration of the construction. These are: majolica and carved set mosaic, fretted marble, carved wood, paintings on the plaster and decoration from papier mache. It was a new stage in the development of traditional mosques of the Middle Ages.

The mosque was built with grand scale but without consideration of earthquakes for such a high constructions. In spite of deep foundation of lacerated bricks, huge mass of brickwork in the walls the thickness of which reached five meters, during the life of Temur already from the cracked dome the stones fall over the worshippers.
To the east of the mosque across the street in Guzar lane there is an original monument – octahedron column shaped mausoleum Bibi-Khanim with a crypt. There is no main facade; it might be built as an addition to Bibi-Khanim Madrasah.

Decoration of the mausoleum testifies that it was built at the same time with the mosque. There are marble sarcophaguses on the floor of the big crypt. While opening the crypt in 1941 scientists discovered remains of two other women of middle age wearing expensive clothing. The scientists propose that one of them can be Saray Mulk Khanim. 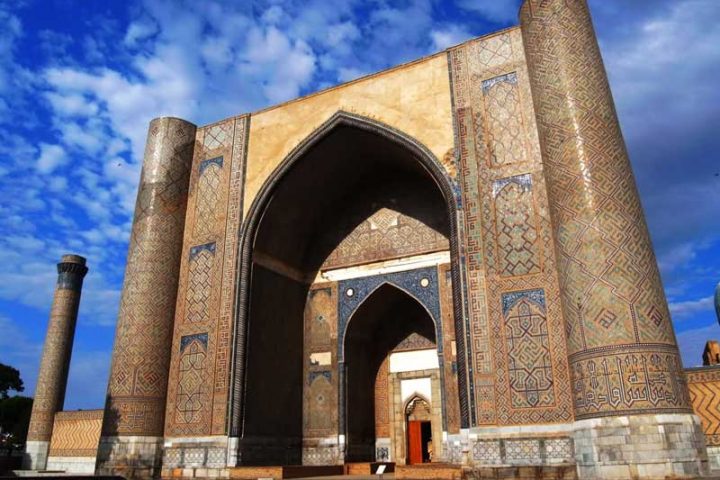 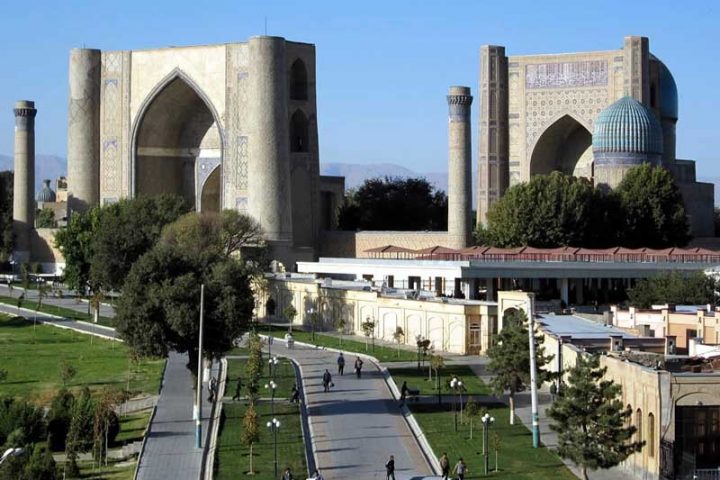 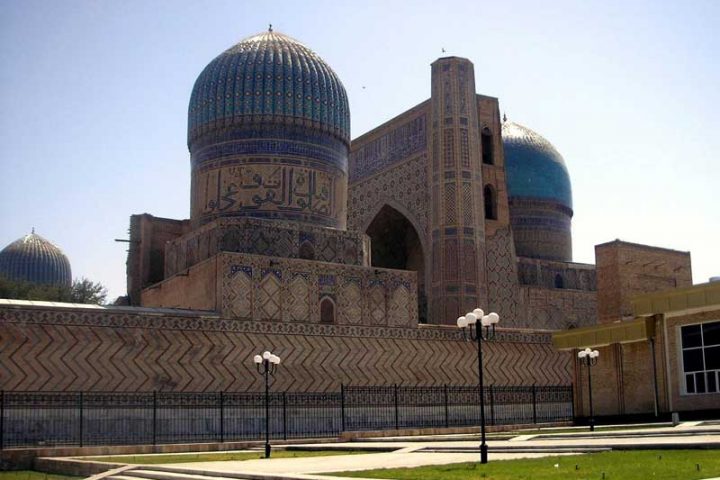 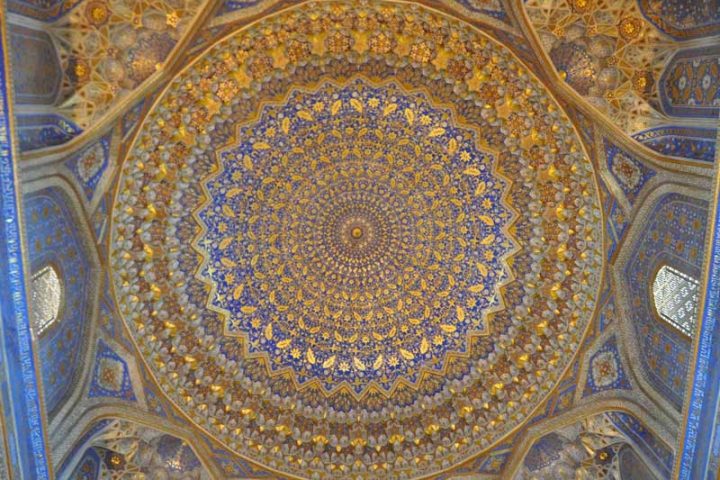