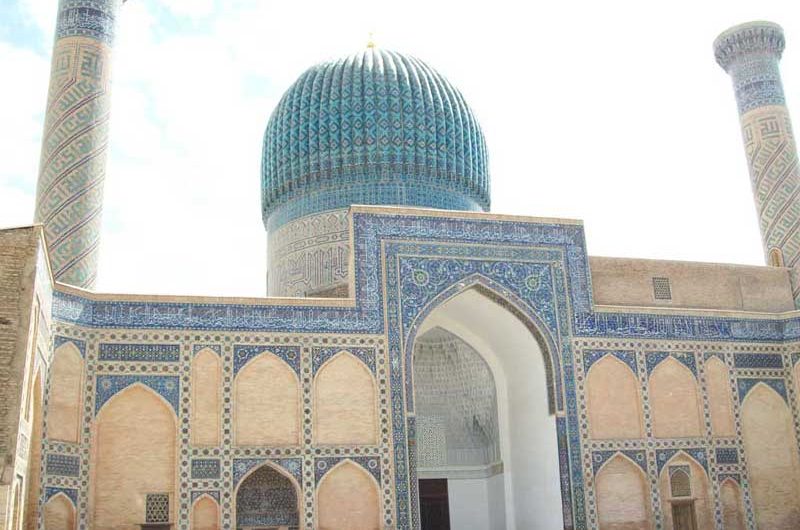 Guri Emir Mausoleum (“emir’s tomb” – tomb of the governor Amir Temur) is a place where Amir Temur and his sons and grand-sons are buried. Originally, the mausoleum was built for Temur’s grand-son Mohammad Sultan who died early in 1403 during military campaign. Being shocked by the death of loved grand-son who expected to be his successor, Temur ordered to build mausoleum on the territory of Mohammad Sultan’s ensemble. He was his grand-son from his older son Jahangir; he was replacing Amir Temur during his absence in the country.

The conquer of Asian nations Amir Temur was unhappy of his posterity and was too upset from the loss of his son Jahangir and a grand-son Mohammad Sultan. This ensemble that includes madrasah and khanaka was united by square yard with four ayvans and high walls, four corner minarets and portal. The portal is decorated in the style of carved typesetting mosaic.

Guri Emir Mausoleum’s composition maintained in the traditional scheme: prism of the foundation, cylindrical drum and dome. But many new details were introduced by the masters: prism of foundation is octahedron and unusual for monumental architecture of Central Asia; unique due to its shape dome crowns with golden top – kubba.

Due to the researchers, the construction that was continued by Ulugbek was not completed. By his order gallery was built near the entrance of the mausoleum, and it’s remained till our days. In 1447 due to Ulugbek’s order, body of Shokhrukh (Temur’s son) was brought from Heart. There is a gravestone of Ulugbek at the foot of Temur. The biggest gravestone belongs to the spiritual mentor of Temur – Mirsayid Barek. It’s unknown whose more small gravestones are there. Due to Temur, grandeur of the architectural forms should inspire presentation about the greatness of buried people at Guri Emir Mausoleum.

Guri Emir Mausoleum is a monument of new stylistical direction which was formed in Samarkand by the end of 14th century on the basis of united creative efforts of masters from Central Asian and other eastern countries.
In June of 1941 due to the governmental decision of Uzbekistan, research works of scientists had been conducted on occasion of opening the crypt of Guri Emir. Autopsy testified that Amir Temur, Ulugbek, Shakhrukh, Miranshakh and Mohammad Sultan are buried here in the mausoleum.

The remains of Temur and Mohammad Sultan were inside of wooden graves, others were buried in sarcophaguses. The grave of Temur was made of arched tree. Method of embalming was used in the ceremony of burial. Ulugbek’s burial testifies that he was killed and buried as shakhid with his CLOTHES and it fully corresponds to the instructions of shariat.

Greatness and lightness of architectural lines and forms, richness of multicolored mosaic, monumentality and harmony of proportions, painted decorative cover of the interior made Guri Emir Mausoleum the unique monument of Central Asian architecture. 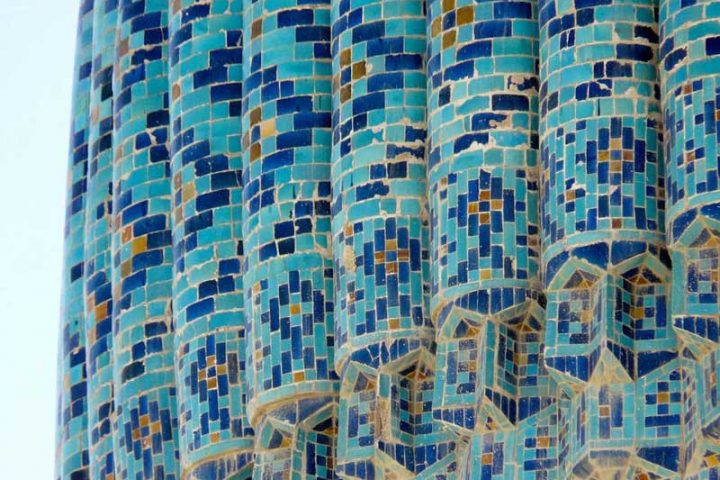 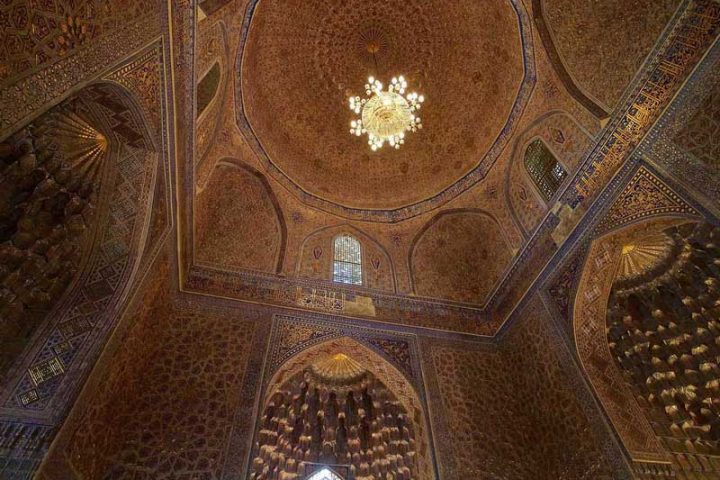 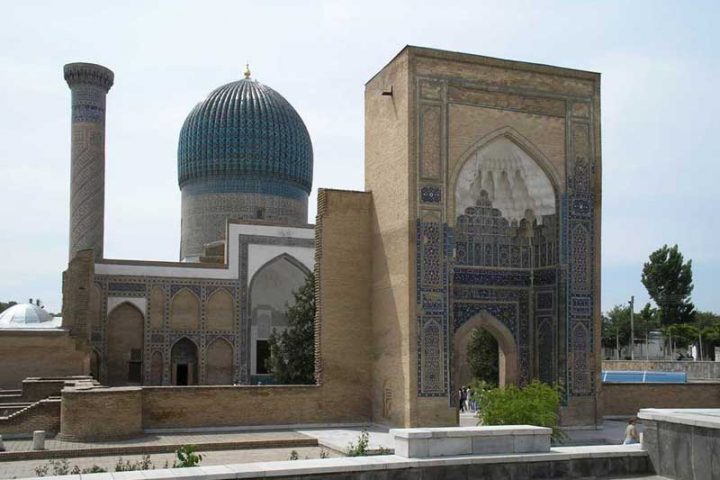 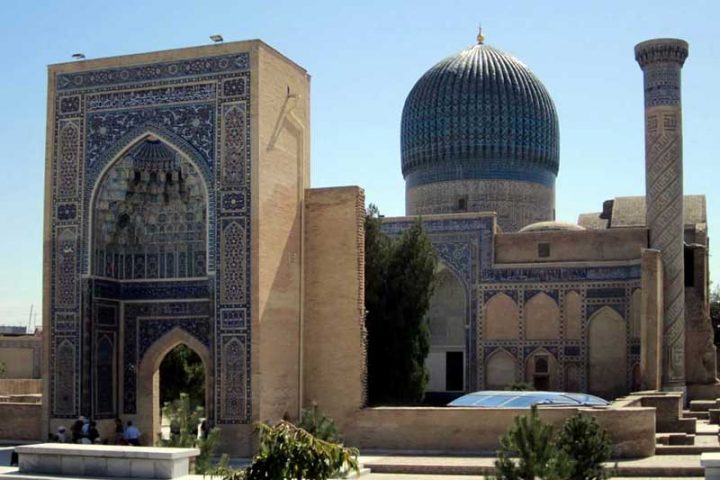