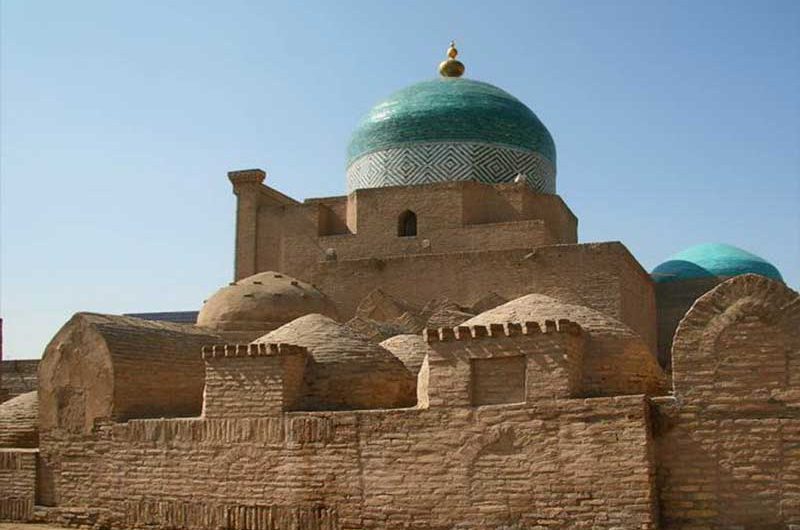 Pakhlavan Makhmud complex is located besides the grave of saint patron of Khiva, poet and philosopher, professional wrestler and master furrier – Pakhlavan Makhmud (1247-1326). He was honored not only in Khiva, but also in Iran and India as the protector of fighters and poets, healer of disease. Pakhlavan Makhmud was buried in his workshop. There appeared city cemetery around his grave in 14th-17th centuries. At the beginning of 18th century Shergazikhan started to build his madrasah purposely orientating to the grave of Pakhlavan Makhmud.

Early mausoleum of Pakhlavan Makhmud was built in 1810 by Muhammad Rakhimkhan I. The new mausoleum included the old tomb and khanaka with high doubled domes and became one of the main symbols of Khiva. Before the entry of the mausoleum there was constructed a memorial courtyard and the gates of the cemetery became the entrance portal of the complex. At the beginning of 20th century by the order of Asfandiyarkhan, in the western part there was built two-story Korikhana (the place where the Muslims read Koran) and in the eastern part a mosque with summer veranda was constructed. The majolica cladding of the memorial includes a lot of cartouches with religious sayings, poems of Pakhlavan Makhmud and the names of masters.

Muhammad Rakhimkhan I reconstructed the mausoleum of Pahlavan Makhmud, so that “at the feet” of the saint of Khiva appeared necropolis of the running dynasty of Kungrat. Tomb of the Pakhlavan Makhmud is located behind the low fence on the west side and at the central axis of the mausoleum in the pentagon-shaped niche there was arranged the grave of Muhammad Rahimkhan I. In 1825 the eastern part of the complex was built, where Allakulikhan was buried. Tombstones of these three graves are distinguished with exquisitely cladding majolica. 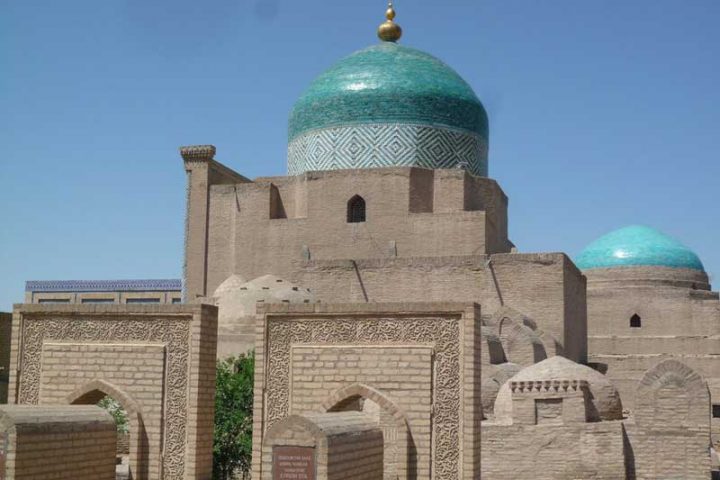 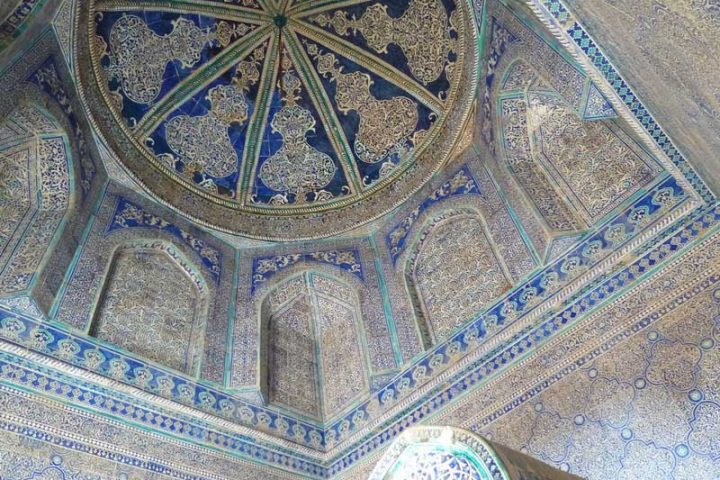 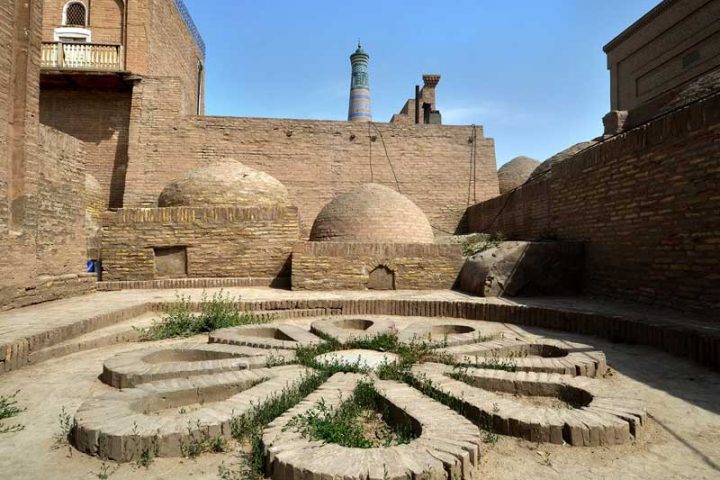 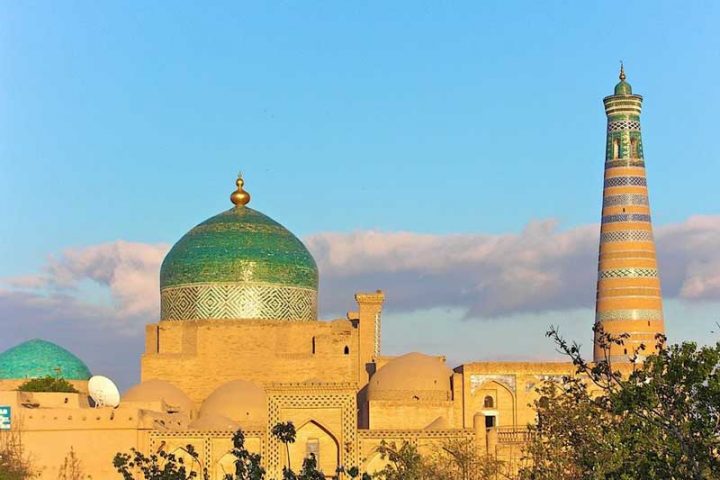