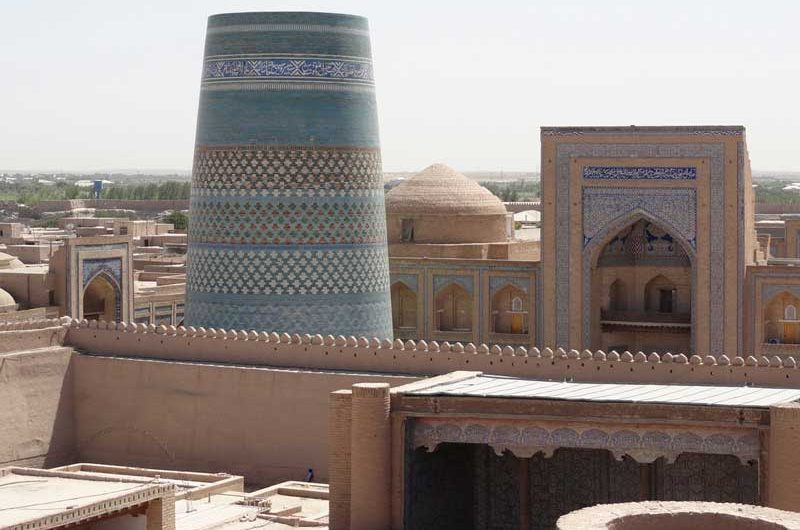 Kalta Minor is located in the main faсade of Muhammad Aminkhan madrasah. It is not a high minaret (the word “kalta” means small). Actually, it should have been one of the greatest minarets of Central Asia with the height up to 70 meters.

However, there is also a more colorful version regarding the interruption of Kalta Minor construction. Finding out about the construction of a huge minaret in Khiva, Bukhara’s Emir agrees with the architect to build one minaret in Bukhara which should be higher than in Khiva. On hearing this khan of Khiva became angry and ordered to kill the architect by falling him down from that minaret, thereby the constructional works had been stopped. The minaret was built only till the height of 26 meters.

Kalta Minor is the only minaret in the whole Central Asia which surface is covered with colorful glazed tiles totally. 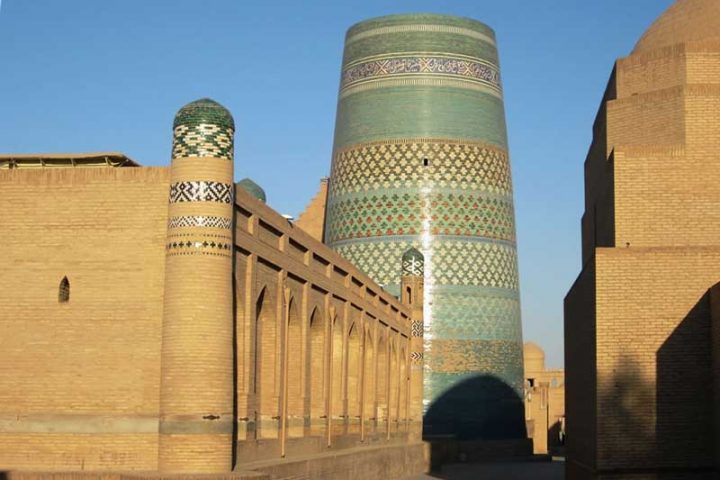 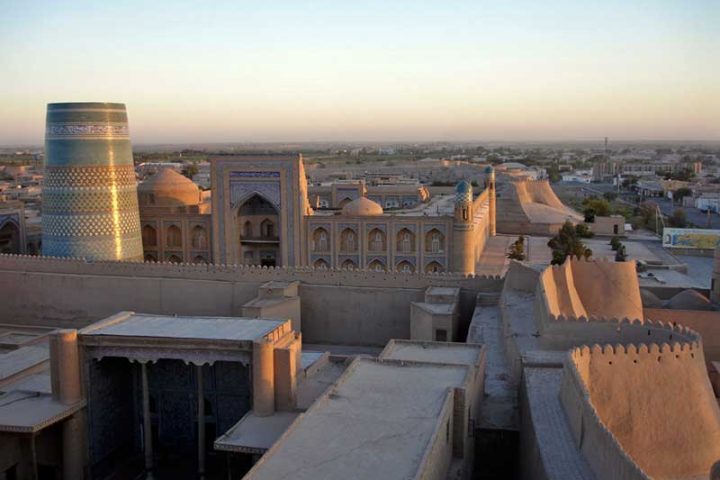 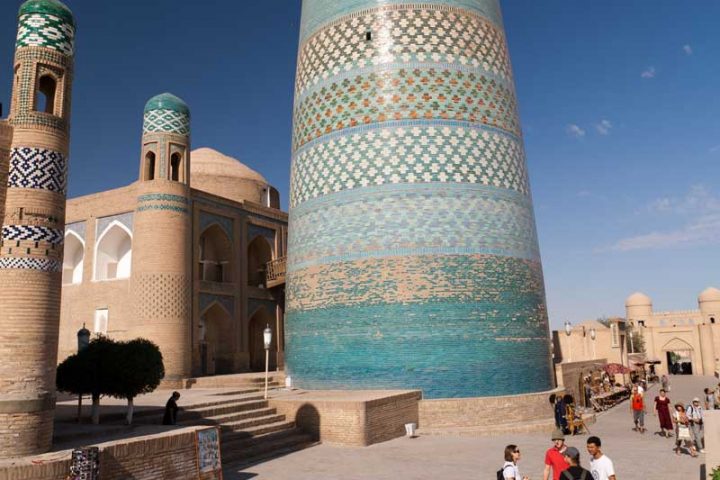 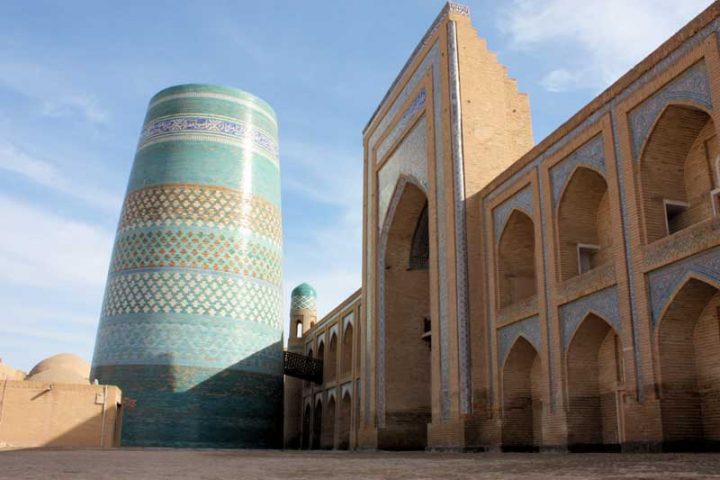