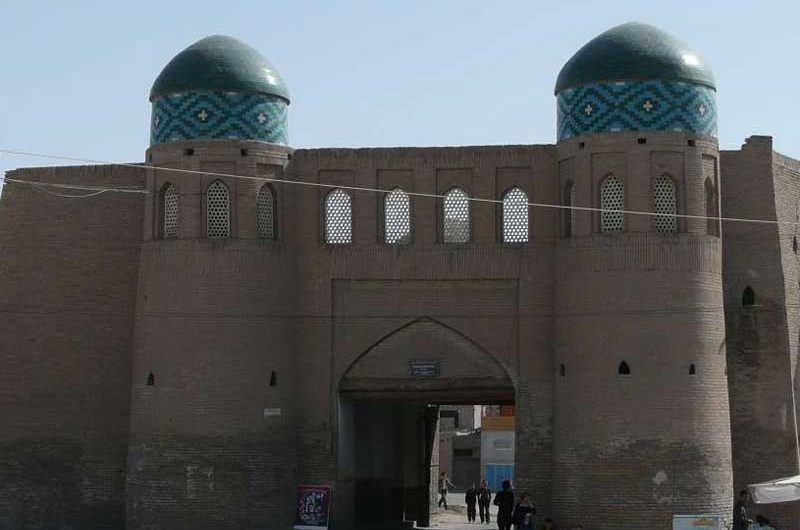 Palvan-darvaza is not only Eastern gate of Ichan-kala, but also a big trading construction. In 17th-18th centuries there were old gates at the same place where Khan’s prison was situated. The gates were rebuilt during Iltuzarkhan’s and later Allakulikhan’s ruling.

Arched gates with battlements and side towers are located on the crossing point with the city wall. Behind the entry arch there is a walking many-domed trading gallery on both sides of which there are merchants’ shops on and a place for a small bathhouse. 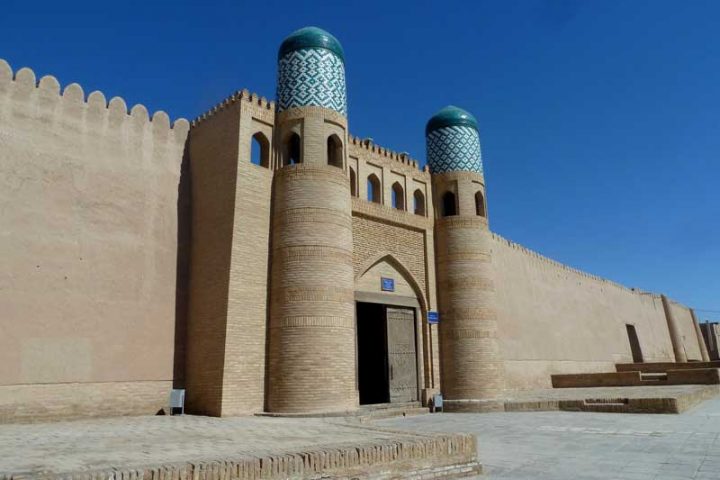 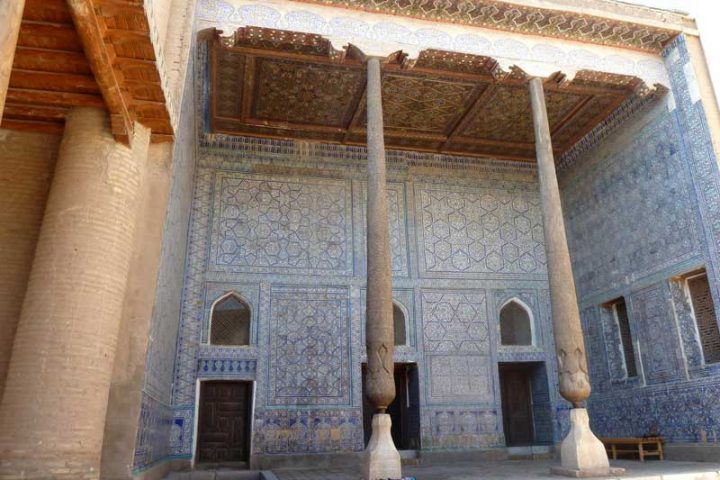 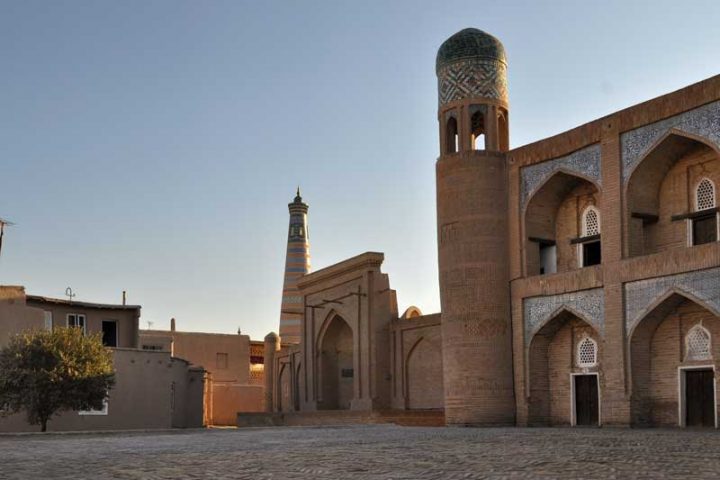 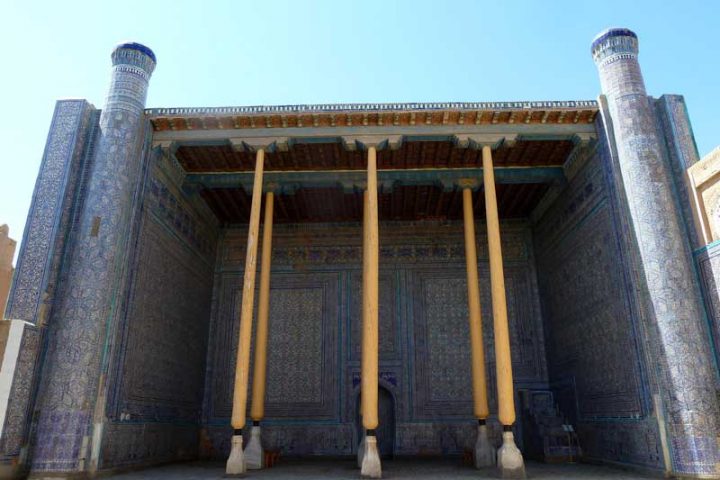