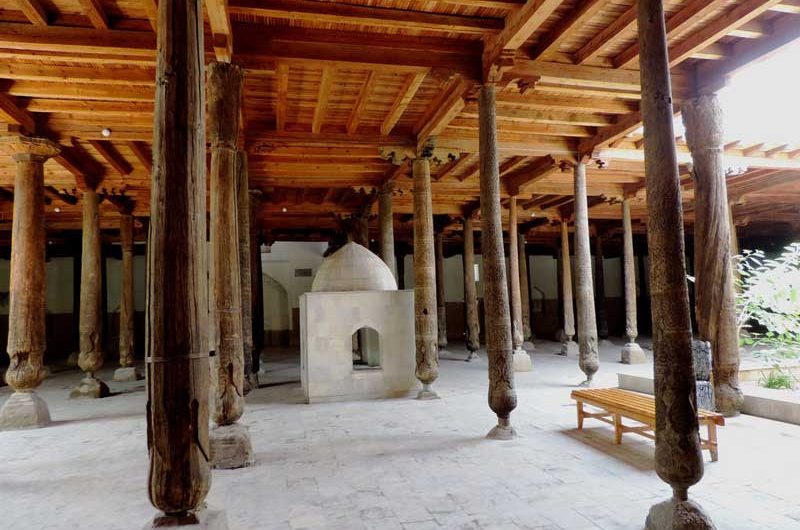 Djuma Mosque is situated in the very center of Ichan-kala. The mosque was built by khan’s dignitary Abdurakhman Mikhtar.

Modern building of Djuma Mosque was built in the 18th century. The special atmosphere for praying in the mosque makes poor lighting through three overhead hatches and rows of carved wooden columns, the number of which reaches up to 212. Most of the columns were carved from tree trunks in 18th-19th centuries.

Twenty one columns of Djuma Mosque belong to 10th-12th centuries. Among them four columns of 10th-11th centuries are particularly valuable. According to the carved Kufic writings on them, they are installed by order of Abdul Fadl al-Muhammad Lyaysi who presented them to the mosque as a charity. 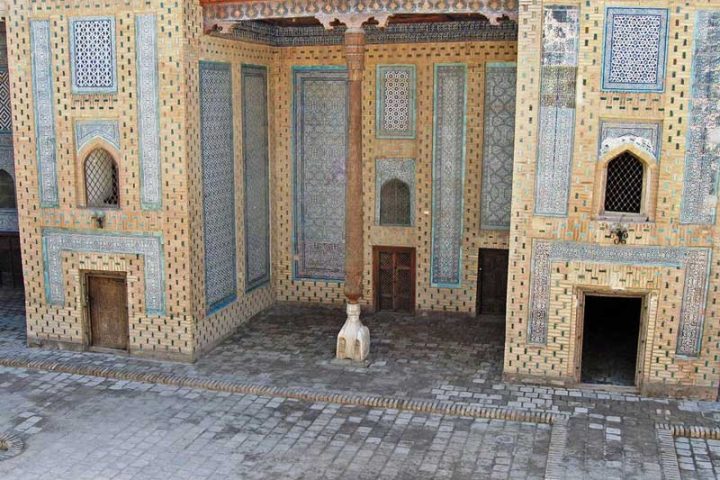 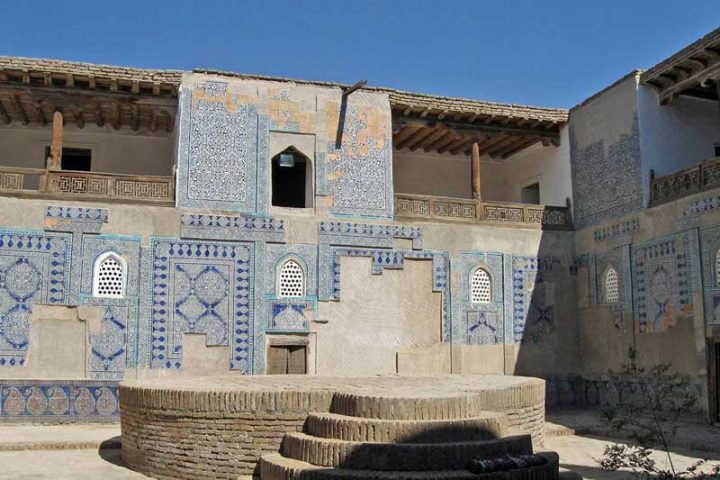 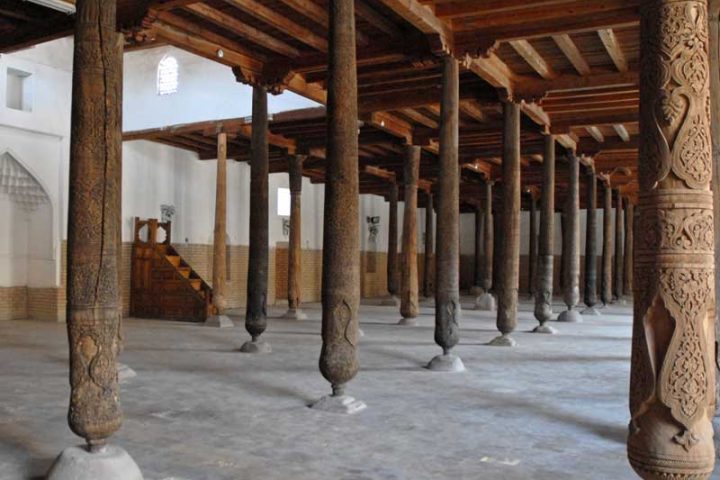 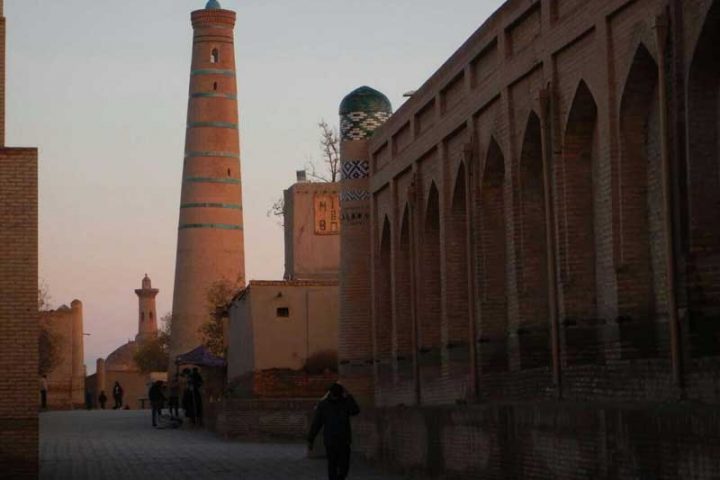