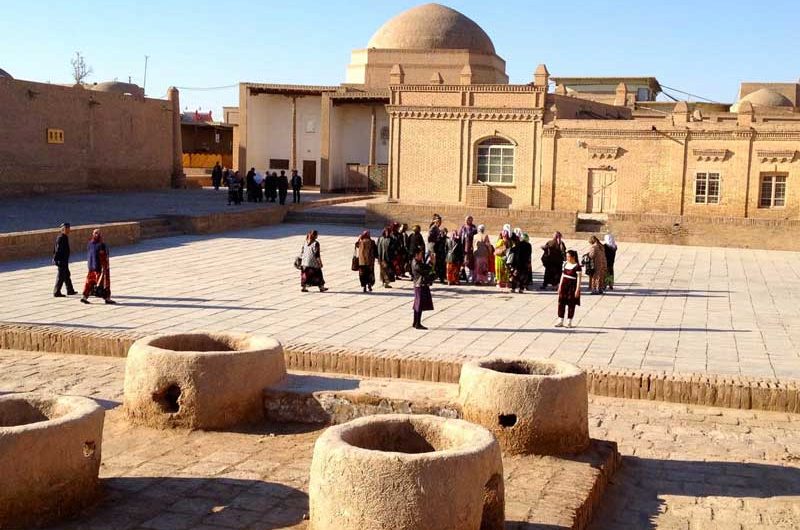 Kunya-Ark Citadel (“old fortress”) is internal citadel of Ichan-kala. It was built in the 17th century by Mukhammad Erenk Khan. Kunya-ark was separated from Ichan-kala by high wall at the end of 18th century. There were Khan’s mosque, residence, Supreme Court, Khan’s reception (Kurinish-xona), powder mill, arsenal, monetary, chancellery, harem, kitchens, stables, guardhouses and other premises.

The throne hall with two-columned ayvan is located to the southern part of Khan’s reception. There was a yurt at the center of this hall, where Khan sat during the meetings. On the southern part of the throne room there is a niche for khan’s throne. On the western part of Kurinish-xona Khan’s treasury and repository of manuscripts are located. The doors which lead to the throne hall are designed with carved ornaments called “ganch” and the ceiling is decorated with colorful paintings. Legendary ayvan of Kurinish-xona is faced with blue-white-light blue majolica with magnificent ornaments.

The Monetary inside of the Kunya-Ark was established during the reign of Mukhammad Rakhimkhan I during the ruling period of which tax reforms had been processed, customs regulations were established and minting of golden coins was started. To the south of the monetary there is Khan’s mosque built during Allakulikhan’s government. The summer hall of the mosque looks emphatically with its festive decorations in comparison with winter hall’s poor background. The edge sides of the walls, mikhrab (the place of Muslims’ praying side) and minbar (the tower where Imam calls Muslims for praying), and also turrets of the mosque are lined with majolica tiles designed with complex vegetable decoration. 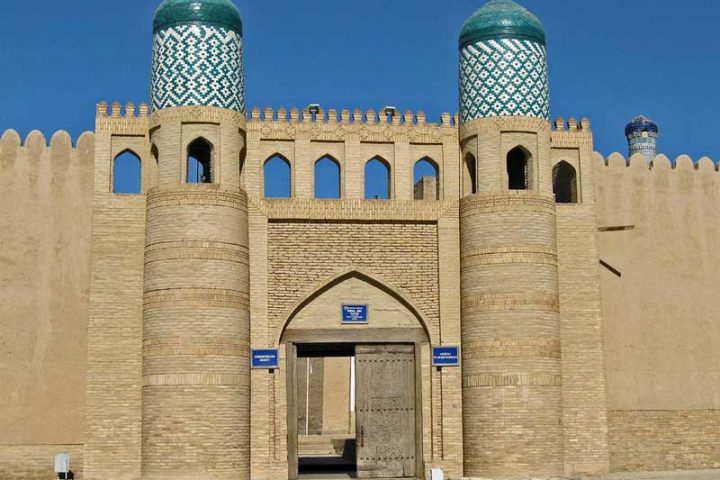 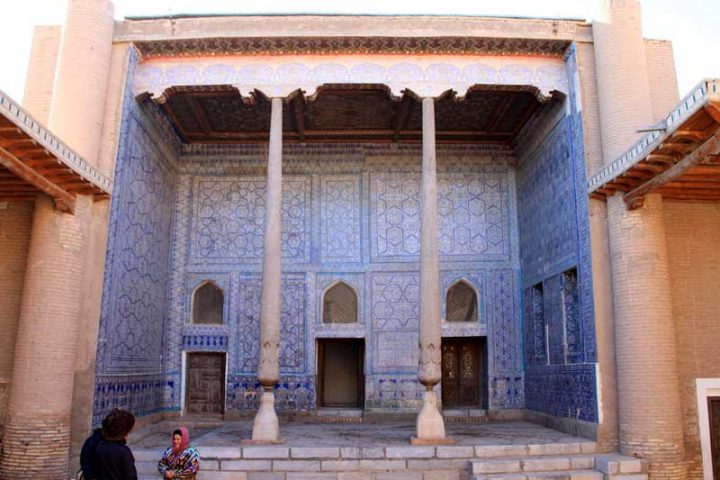 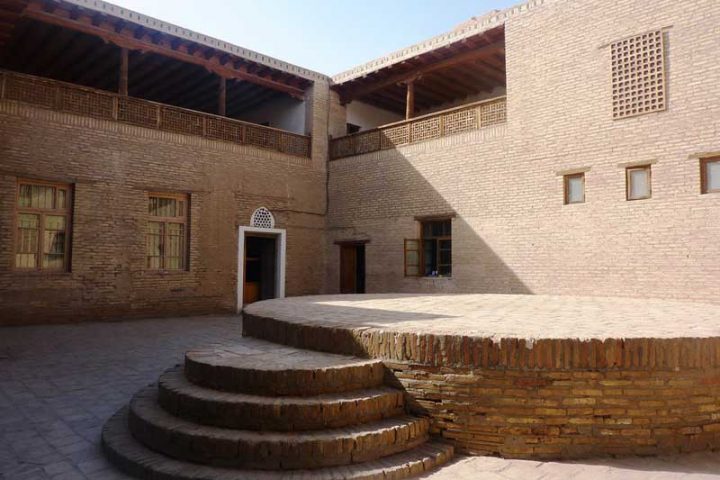 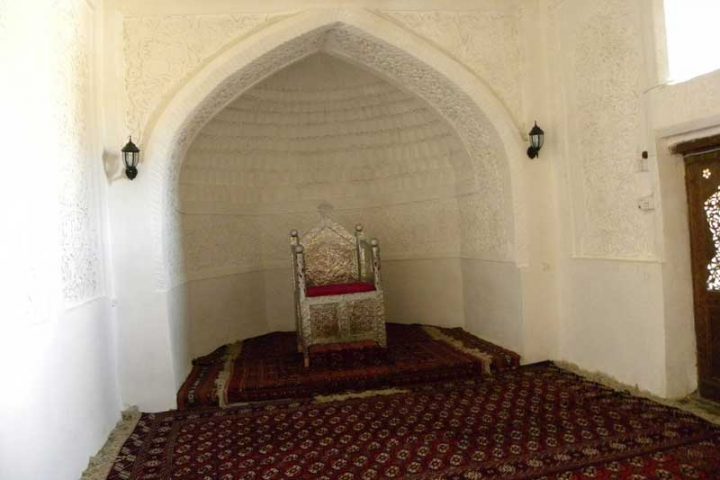