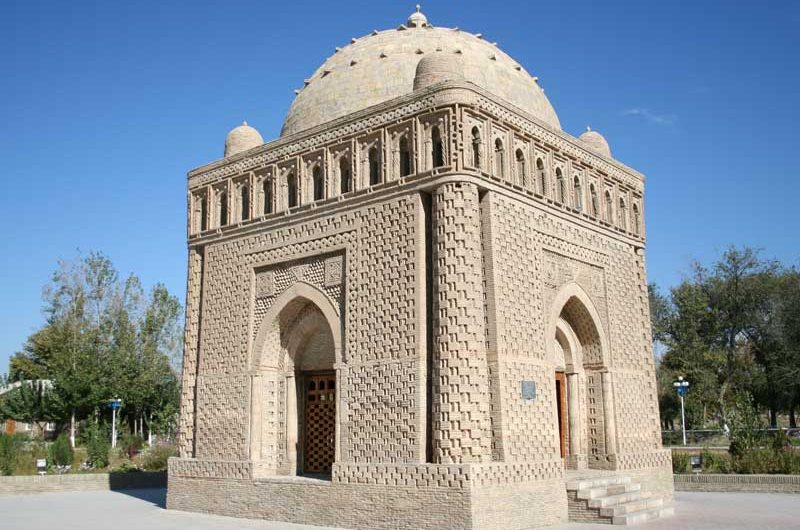 Samanids Mausoleum was built at the end of 9th and the beginning of 10th centuries. As said, the founder of the dynasty Ismail Samani constructed this building for his father, and later the mausoleum had become a family burial vault of Samanids dynasty. Due to the facts, Ismail Samani himself and grandson Nasr II ibn Akhmad whose name was found on the ancient wooden plank over the entrance are buried here.

Due to the perfectness of the geometrical forms this mausoleum of Bukhara is considered to be a masterpiece of world architecture. It is the most ancient construction of Central Asia made of burnt bricks.

Mausoleum is a centric construction the walls of which are little slanted. Transition from square walls to the dome is done through the corner tromps.

All four facades of the mausoleum have an identical decoration. In the center of each one stands an arch that connects the internal structure with the external. Each corner is flanked by a powerful three-quarter tower. The top arches connect to the light gallery. The mausoleum gives an impression of extreme lightness and at the same time solid construction, due to the elegant simplicity of its shape and the expressiveness of its decor. 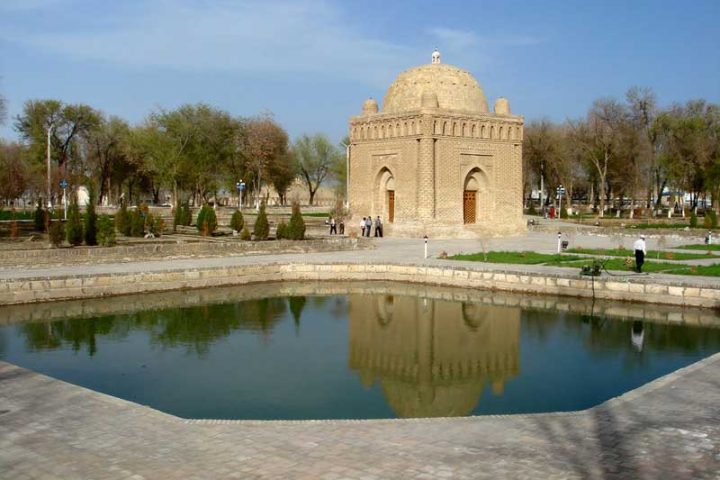 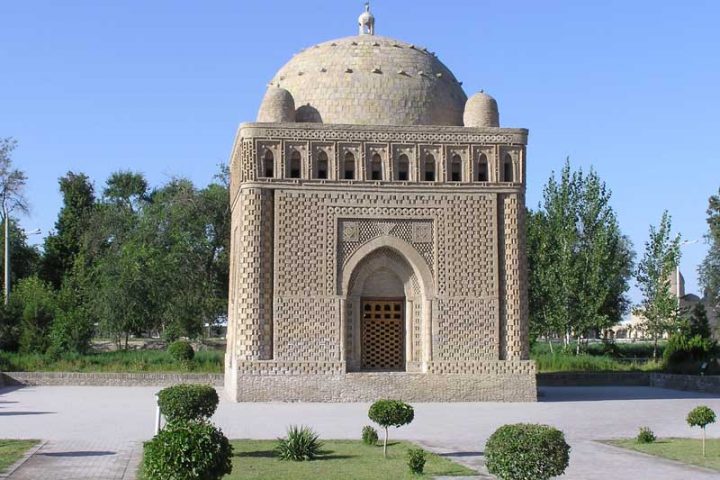 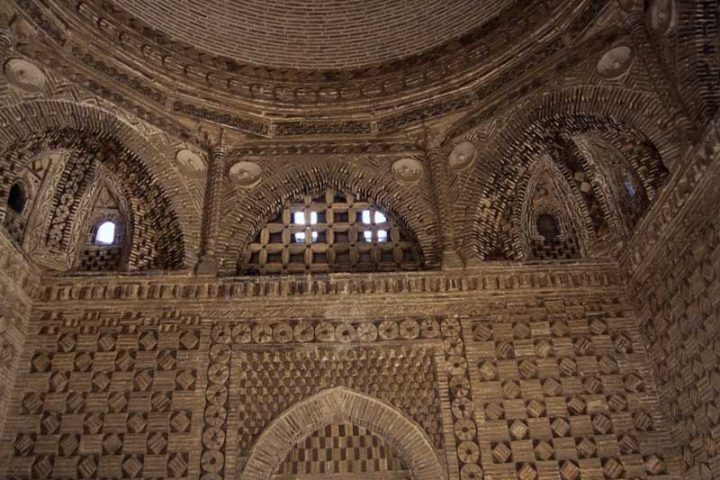 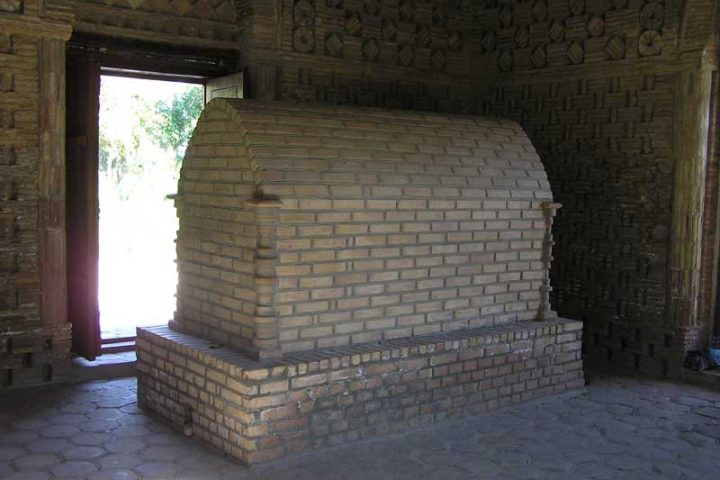