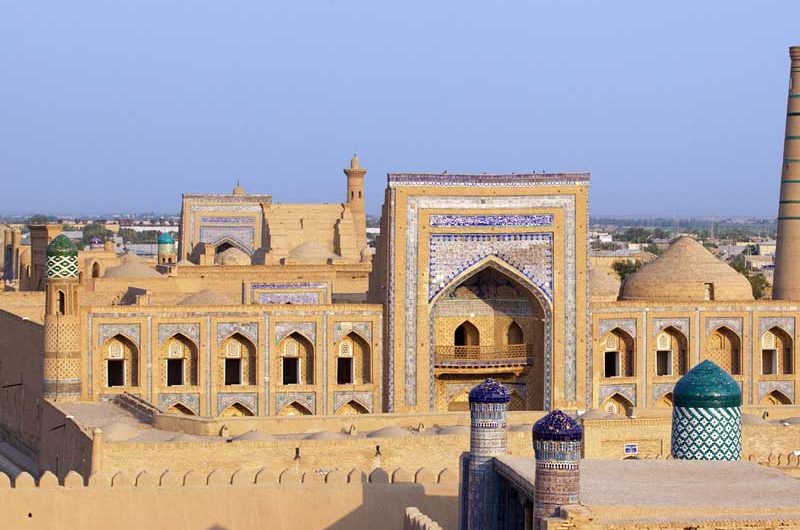 Muhammad Rakhimkhan Madrasah is located in front of the gates of Kunya-Ark and it’s one of the biggest madrasahs of Khiva. The madrasah was built in 1876 due to the order of Sayid Muhammad Rakhim II, who is more famous as a poet Feruzshakh. During the reign of Muhammad Rahimkhan II, in 1873 Russian army conquered this territory and it led to the establishment of Russian governance here.

The rectangular shaped building of madrasah has four ayvan yard and small towers at the corners. The hudjras of the madrasah are covered with domes “balkha” and apart from the living rooms there are also some small rooms for domestic needs. 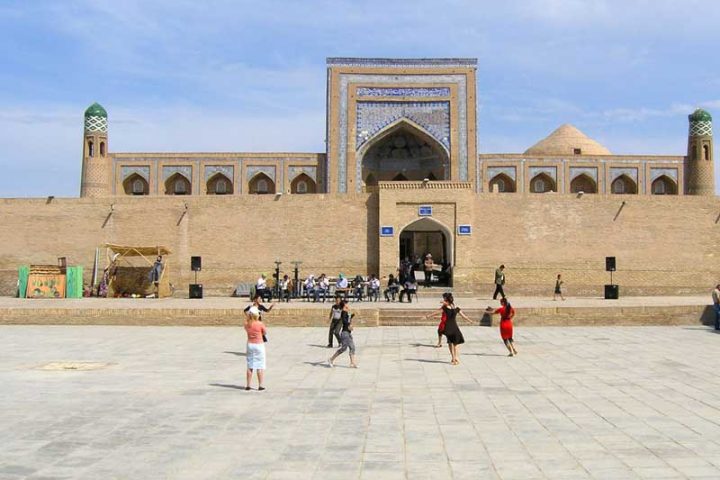 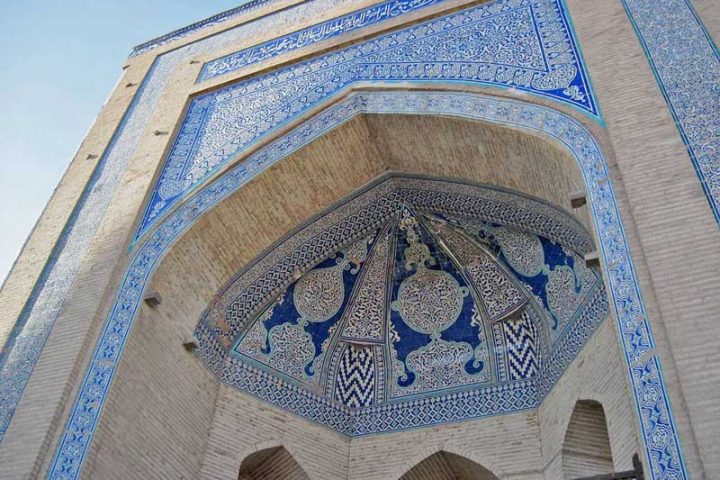 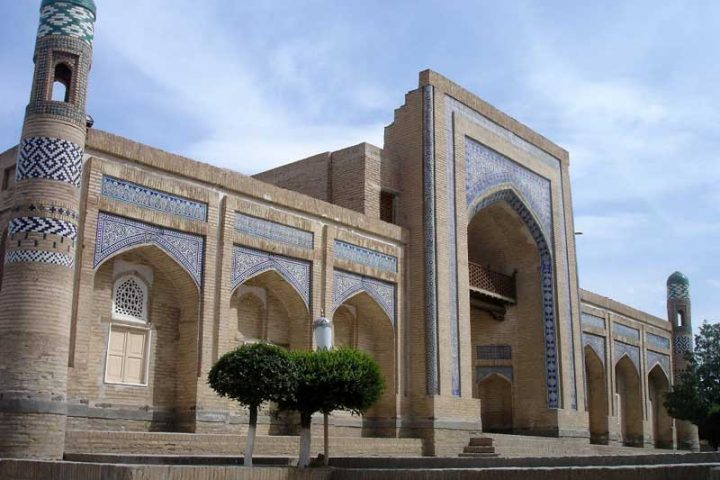