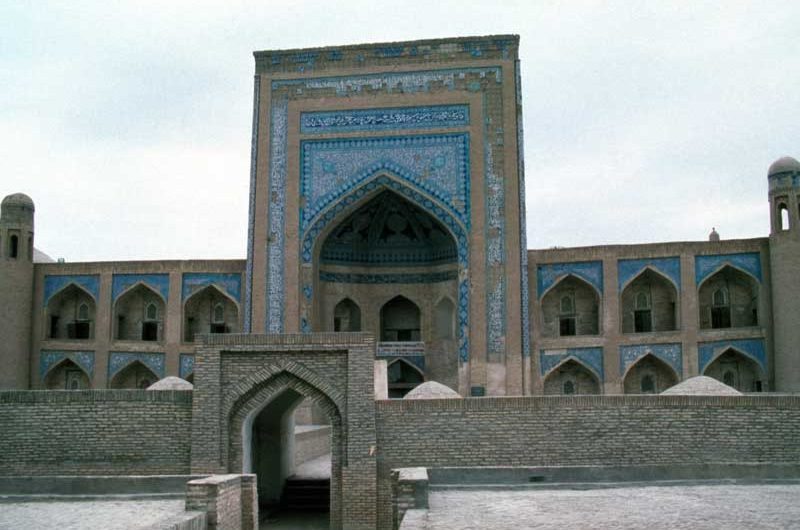 Muhammad Aminkhan Madrasah is situated opposite to Kunya-Ark, near the gates Ata-darvaza and it is one of the biggest medieval madrasahs of Khiva. Madrasah was functioning as a religious school.

Two-roomed hudjras were built in the madrasah, facing the outside facade of the second floor. Madrasah could accept up to 260 pupils and had 125 hudjras. The portal of the madrasah is surmounted by five domes and flanked by corner towers.

All the hudjras of the second floor has lodges. There is the distinctive feature of the madrasah – opened arched niches along the whole outer perimeter of the building, rich decoration includes brick shaped mosaic, majolica, ornamental carvings of the doors and and ganch lattice (pandjara) on the windows.

Nowadays, this madrasah is being used as a hotel “Orient Star Khiva” where tourists have a splendid opportunity to feel the spirit of ancient Khorezm and mentally to be at the same epoch. 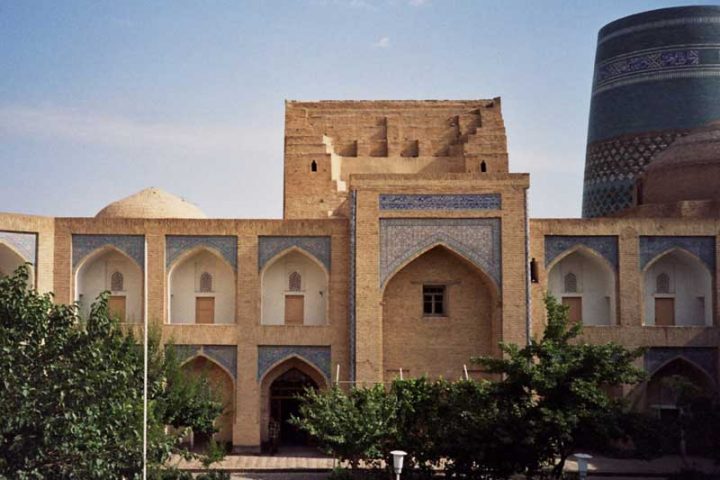 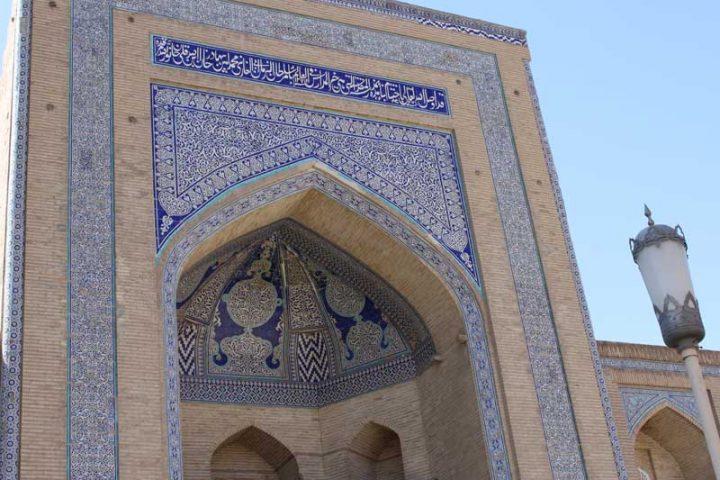 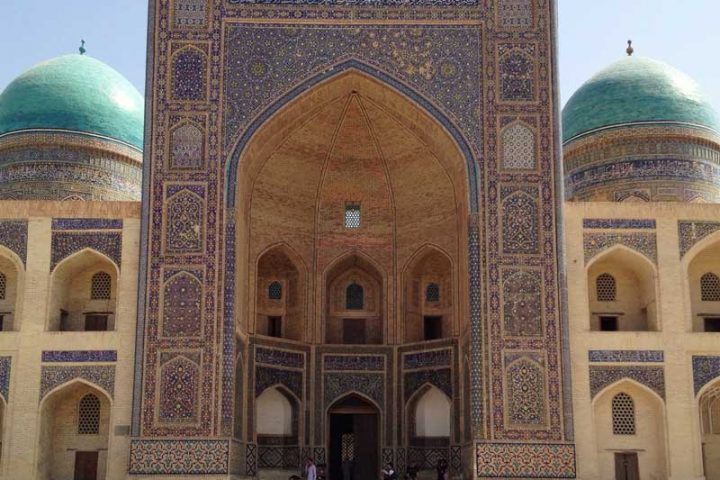 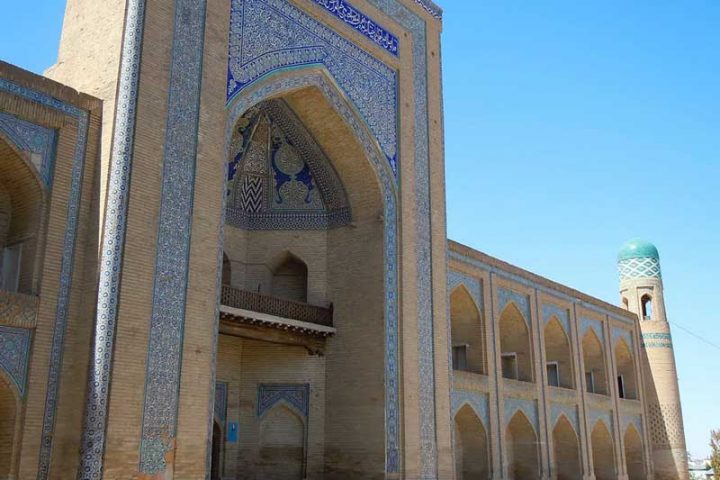