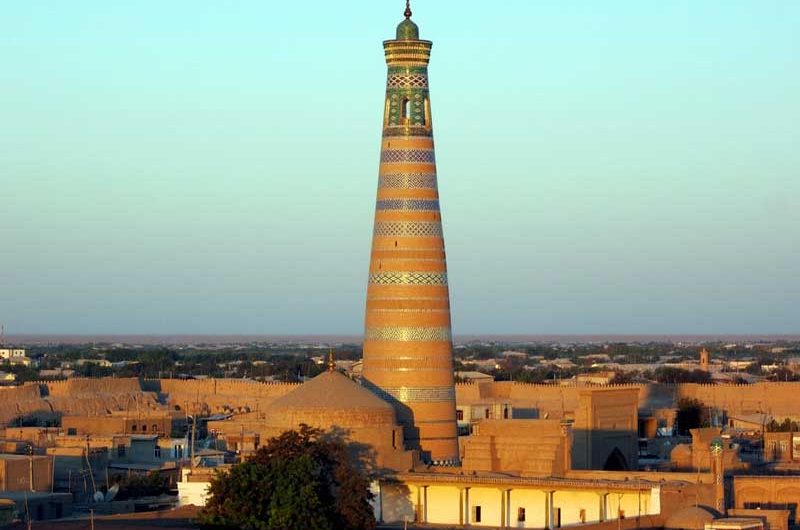 Islam Khodja Madrasah and Minaret were built by Islam Khodja himself in 1908-1910 at the south-east part of Ichan-kala. This complex includes the smallest madrasah and the highest minaret of Khiva. The height of Islam Khodja minaret is 57 meters including the base. The platform of the minaret is at a height of 45 meters and this is the highest panoramic observation point of whole Khiva.

Islam Khodja was the main vizier of Khiva during the period of Muhammad Rakhimkhan II and his son Asfandiyarkhan’s ruling.

In the construction and preparation of a decorative ornament of magnificent Islam Khodja minaret the best masters of the time – Balta Vaysov, Ishmuhammad Khudayberiev, Kalandar Kuchum and others participated.

A small yard of Islam Khodja madrasah is rounded by 42 hudjras. The expressive background of minaret is the décor of madrasah’s main facade:  blue-white majolica cladding, tympana and glazed pattern. The south-west part of madrasah is occupied by the mosque, low and massive dome which is harmonized with the vertical minaret. Mikhrab niche of the mosque is decorated with majolica and carved ganch. 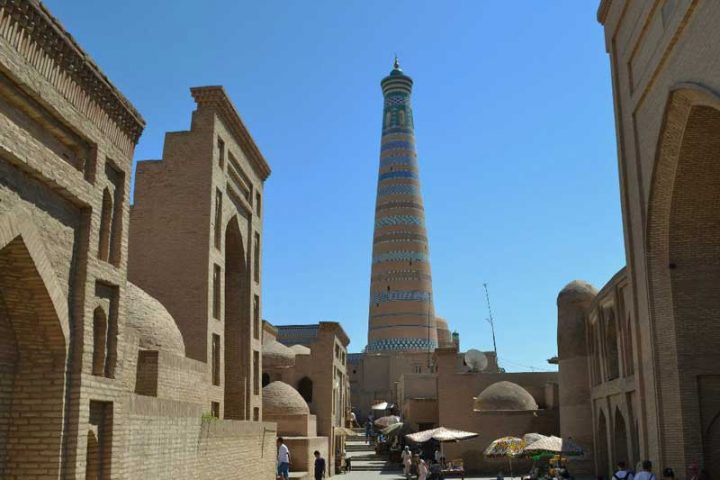 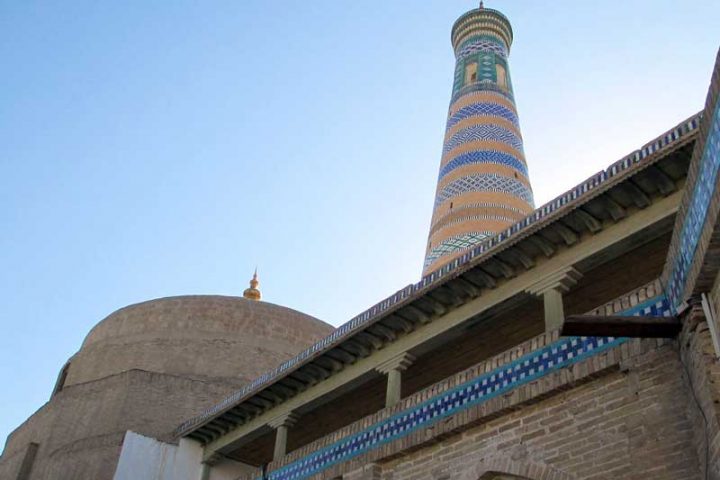 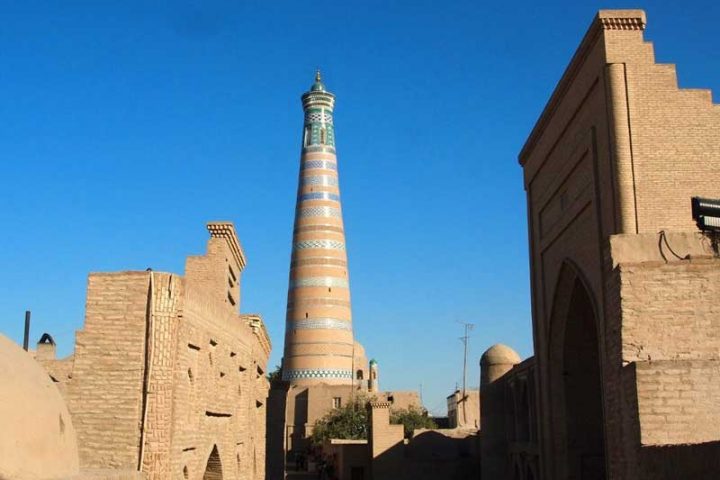 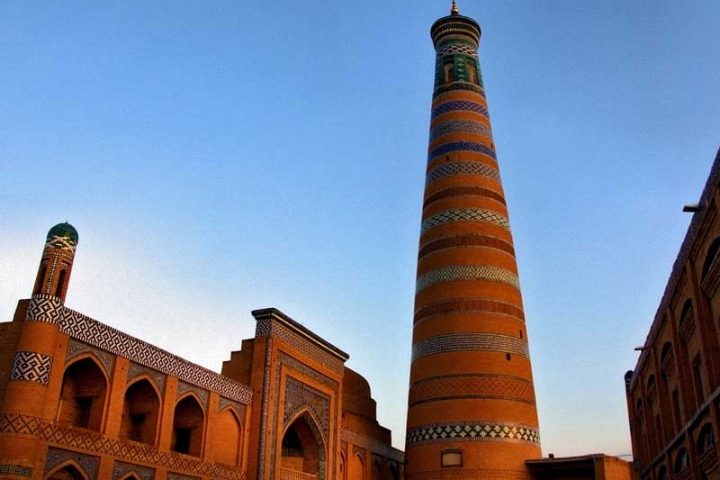