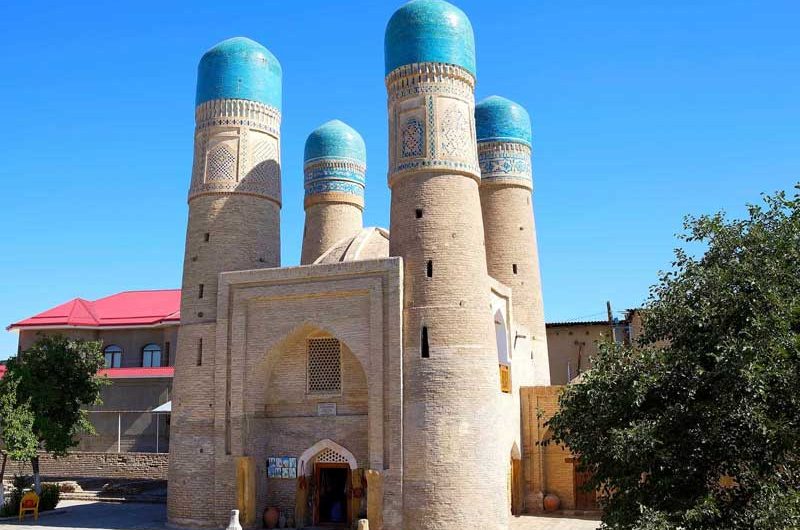 Chor Minor Madrasah (four minarets) was built in 1807 by a rich Turkmen Caliph Niyazkul. Madrasah is located on one of the ancient streets of Bukhara in the old part of the city. Madrasah consists of a courtyard with one-storied hudjras situating at both sides, columned ayvan of the summer mosque, water reservoir faced with stony blocks.

Original view of the madrasah associates to its unusual entrance – four-arched dome structure with four corner towers under blue domes. Three towers were used as utility rooms. The fourth has a stair going to the second floor into the dome hall where a library was situated. 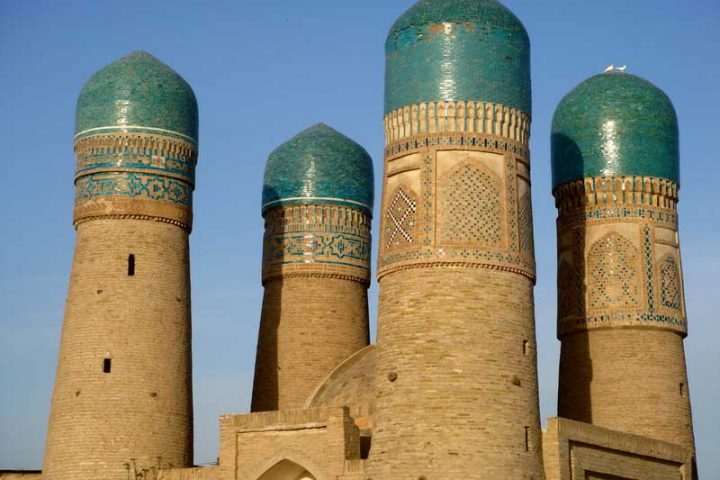 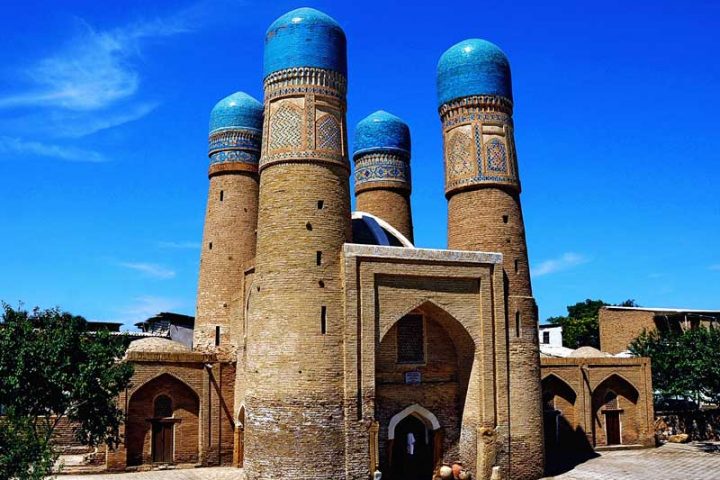 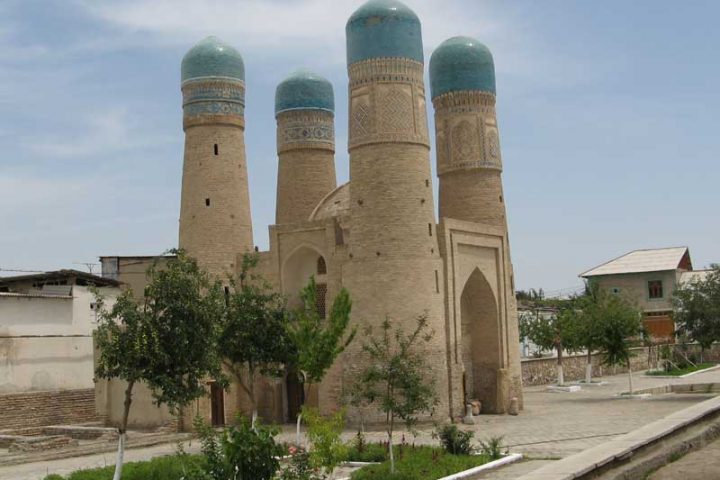 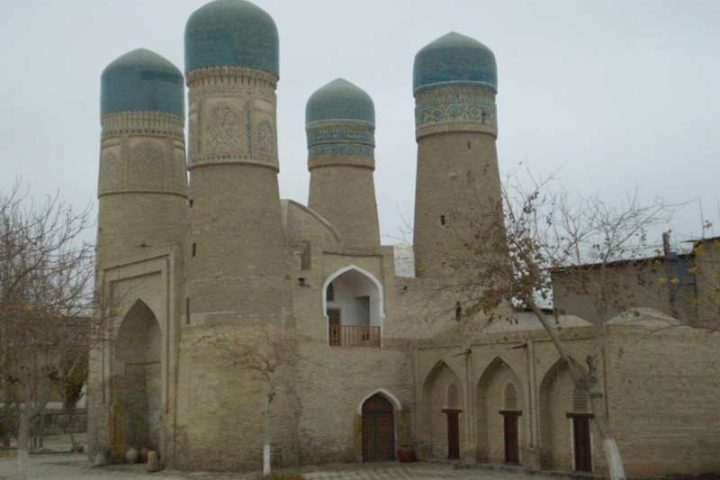