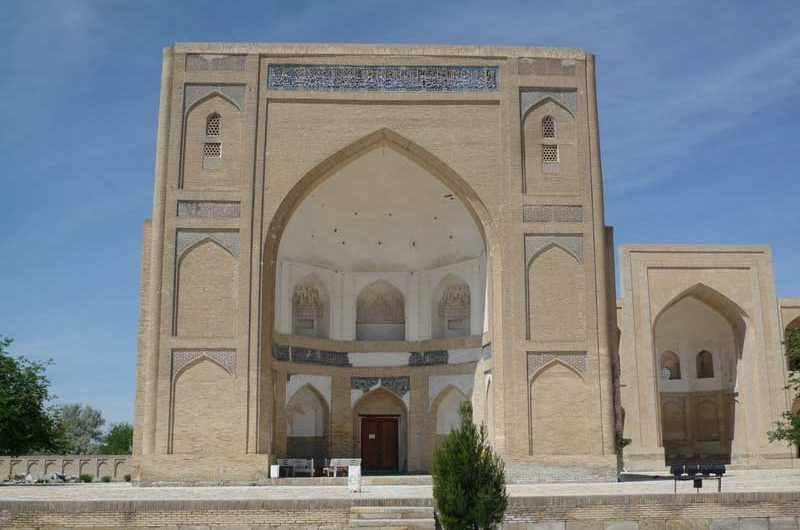 Chor Bakr Necropolis is a country burial vault of sheikhs from Djuybar seyids. It is located in Sumitan village at 5 km to the west from Bukhara. Djuybar seyids occupied the major state posts in Bukhara since the Samanid’s governing. Necropolis was formed around the tomb of Abubakr Saad – the founder of the dynasty. It makes the oldest part of the necropolis.

The central architectural complex was formed at the second half of the 16th century by Abdullakhan II and was connected with tombs of sheikh Khodja Muhammad Islam and his son Khodja Abubakr Sa’ad. Muhammad Islam was a successor of Mahdumi Azam Kasani who was a head of the order “naqshbandiya”.

In the central part of the memorial there are mosque, khanaka and madrasah. Main facades of the mosque and khanaka have portals, and side facades are formed by two circles of loggias. The halls of the mosque and khanaka have domes. Crossed arches and stalactites decorate their interiors. A small minaret, imitating the minaret of Kalon, was built before the main complex in the 20th century. 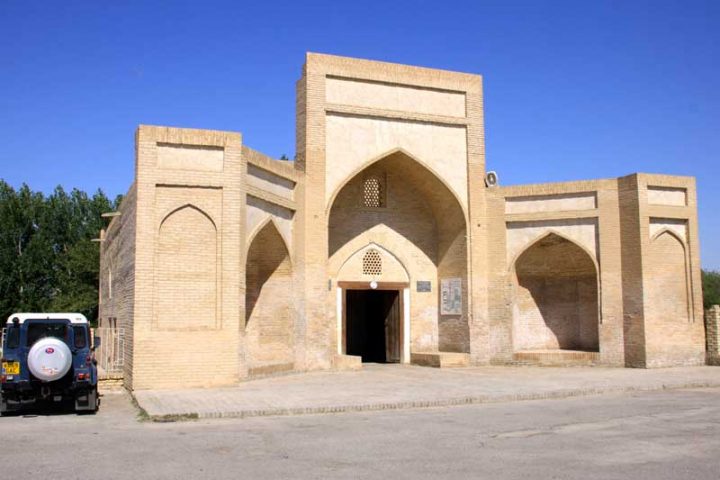 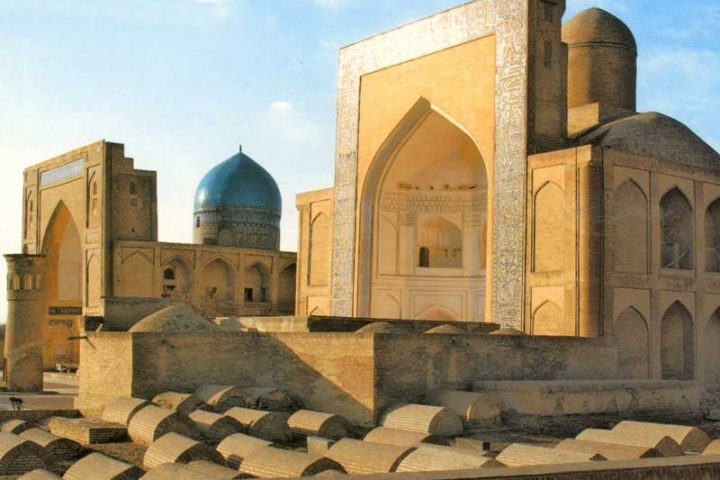 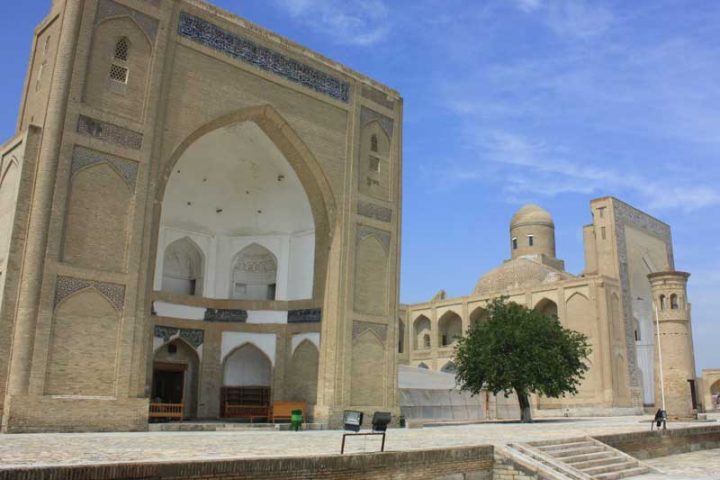 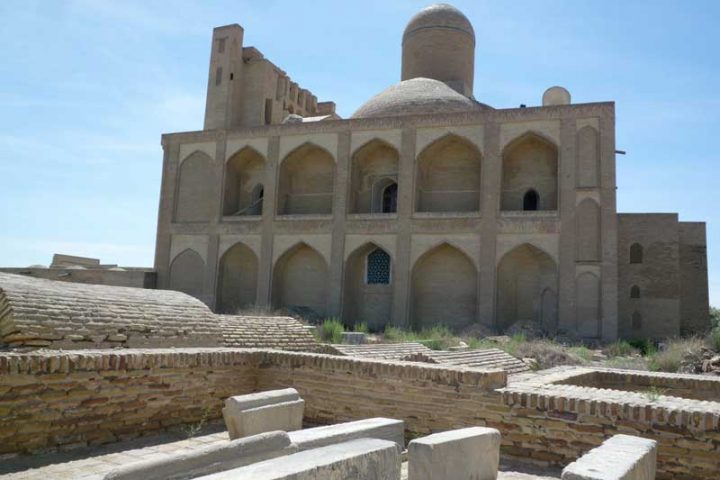